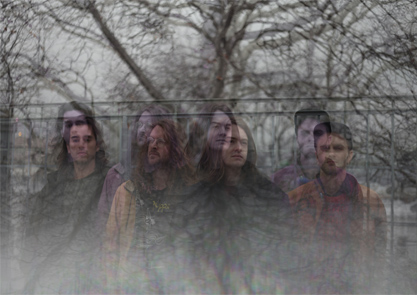 But then there is Hunt-Hendrix, who often sits upright with his eyes closed, breathing slowly and steadily. He pushes himself up from a bench and silently goes to another room, very rarely announcing his next move. Later, he intellectualizes the experience, telling me places like this play into his plan to be healthier and more agreeable in the future. In the last few years, he’s given up drugs, drinking, cigarettes—he even stopped drinking coffee in January. These spas, he suggests, are a way for Liturgy to go a little less crazy. “I’m older now,” he says. “I can go to a schvitz instead of staying up and partying until 6 a.m.”

A recent in-depth interview with Liturgy in Pitchfork features some memorable and illuminating descriptions of the band members as they relax in a schvitz (a Turkish bath to us not native to New York). An outing to the local schvitz is revealed as one of the band’s favourite bonding rituals, and it seems that the time spent sweating it out together in the name of friendship has been fruitful. Each member’s passion for the band is palpable as they are interviewed individually, and this is not forgetting that Liturgy’s infamy in recent years ultimately pushed the entity to breaking point for a spell. Now, Liturgy appear to be more confident, excited, bonded and dedicated than ever to the genre-pushing music that they make. Read the full article here.

Liturgy are set to release new album, The Ark Work, their first since 2011’s Aesthethica, on Tuesday 24th March. You can currently stream the The Ark Work at NPR music. It’s an incredible, fearless piece of rap/metal invention and highly recommended listening.

We welcome Liturgy to Supersonic Festival this June. Tickets were put on sale today along with the release of a new wave of artists added to the line up, including Gazelle Twin, Selvhenter, Apostille and Ravioli Me Away amongst others. The festival sold out in record time last year so do not delay if you don’t want to miss out.