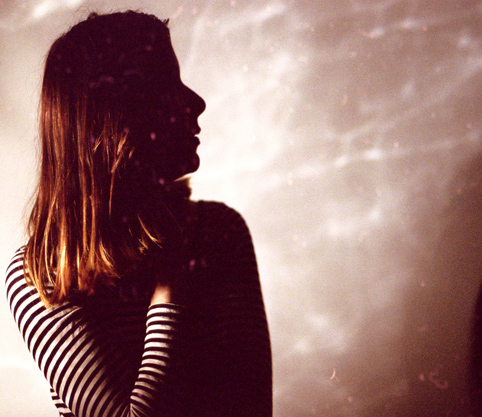 As Circuit des Yeux, Haley Fohr creates music that embodies the complexity of human emotions, juxtaposing tenderness and grief, ecstasy and horror, using sounds as representations of the emotional spectrum that we all experience.

Fohr’s striking, impassioned baritone is the centrepiece and guiding force of Circuit Des Yeux. Gravitating towards singers like Ma Rainey, Memphis Minnie, Etta James and Billy Holiday, her songs tap into the stark imagery of pre-war blues, folk and jazz, as well as also being influenced in equal parts by her study of ethnomusicology.

During an extensive period of touring in 2013, Fohr traveled solo: no band, no tour manager, no driver. In that solitude she learned to commune with the audience in a way that she hadn’t ever before. That connection sparked in her mind a conversation with the audience, and many of the lyrics on new album In Plain Speech convey an intimacy with the listener. Fohr also became acutely aware of disquiet, a pervasive anxiety, which permeated society in almost every city she visited. ‘I felt an uneasiness that superseded phonetic communication,’ she writes. ‘Something dim is in the air, and it is looming large.’