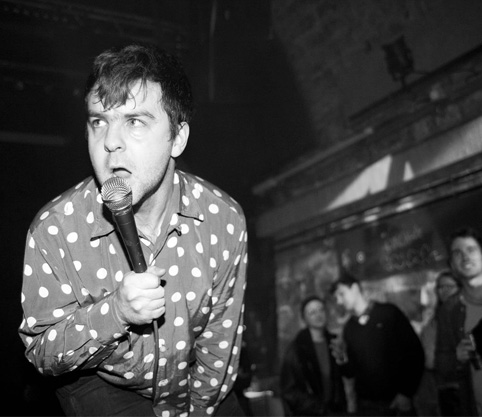 The solo musical guise of Glaswegian DIY protagonist Michael Kasparis, Apsotille was initially a creative harbour from his groups Please and The Lowest Form. With the imminent release of new album, Powerless, the project has grown into an explosive synth-punk project unafraid of both physicality and emotional leakage. Live Apostille is raw and unleashed, immersing the audience in his adrenaline surges of expression.

Fiercely independent in practice and execution, Apostille’s stated purpose is to bridge the gap between audience and performer, to connect through the fog of power structures and post-modernism and to ferment a direct pop music unconcerned with control.