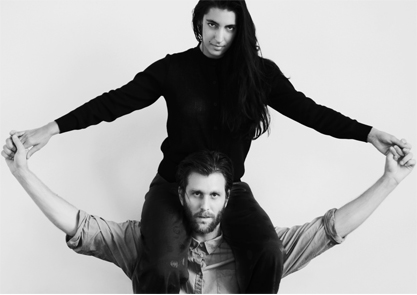 Swedish duo Wildbirds and Peacedrums play Supersonic Festival this year. Renowned for their electric live presence, have a look at this performance of The Offbeat, a song taken from latest album, Rhythm:

This showcases their evolution into a more R&B-influenced sound, and is one of the few live videos of their new material circulating at the moment, a tantalising taster of what we can expect from their performance at Supersonic.

We’ve also just come across a brilliant cover of Wildbirds’ song The Wave taken from the 2010 album, Rivers. The cover is by London all-female choir, Deep Throat, recorded in January:

The cover has the approval of Wildbirds and Peacedrums, who said that ‘there is so much power and high energy rising from these people’, a description that could easily be applied to Wildbirds themselves.

Read about Wildbirds and Peacedrums, alongside the other initial artists who have been announced for Supersonic Festival 2015, here. Tickets for the festival are selling like R&B riffs and are available via our Kickstarter campaign.