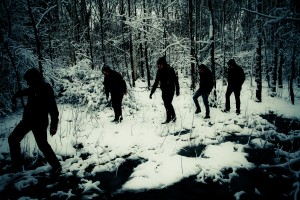 Opium Lord had a busy 2013, releasing a now sold out debut EP, playing numerous UK appearances and headlining a tour of mainland Europe. It’s safe to say they made some pretty bold statements in what was only their formation year. The band make desolate doom-sludge with a coal black heart. Filthy grooves meet abrasive noise to convey a menacing atmosphere akin to the dodgiest drinking establishments that only a band from Birmingham could make. Made up from the ashes of History of the Hawk and Stinky Wizzleteat, Opium Lord are certainly on a different level from previous ventures. Blending genres into a sonic chokehold, they will make you re-evaluate what doom can be.