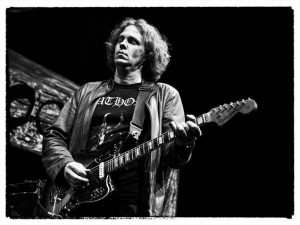 Chris Brokaw is a singer/songwriter, film composer, accompanist, and rock band member living in Seattle, Washington. He has been making records and touring internationally for 20+ years, beginning with his bands Codeine and Come, who made landmark records for Sub Pop and Matador in the 1990’s. Since 2002 he has made dozens of recordings: solo albums of instrumental and vocal music, and with his bands The New Year, Dirtmusic, The Lemonheads, The Martha’s Vineyard Ferries and Wreikmester Harmonies.

He has recorded and performed live as an accompanist to Thurston Moore, Rhys Chatham, Evan Dando, Christina Rosenvinge, Jennifer O’ Connor, Steve Wynn, GG Allin and Johnny Depp.  He has composed for the Dagdha Dance Company (Frankfurt/Limerick) and Kino Dance (Boston); and scored five films, 2 of which (“Now, Forager” and “Taken By Storm”) screened in 2013 to packed houses at MOMA in New York City. His score for “ROAD” won the award for Best Original Score at the Brooklyn International Film Festival in 2005. He played as one of 77 drummers in the Boredoms’ “77 Boadrum” in Brooklyn; as one of 200 guitarists in Rhys Chatham’s “A Crimson Wave” at Lincoln Center, NYC; and The Festival in The Desert in Essakane, Mali in 2008 with his band DIRTMUSIC. He has duos with Geoff Farina (ex-Karate) playing pre WWII country blues, and with Stephen O’Malley (Sunn o)))), playing improvised abstract music.