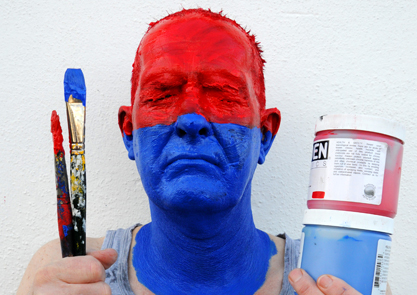 The 17
Saturday 31 May, 2-4pm
Eastside Projects, 86 Heath Mill Lane, B9 4AR
34 places are available email caroline[at]capsule.org.uk with ‘BILL_17′ in the title – first come first served and for Supersonic Festival ticket holders only.

Bill Drummond will be leading a re-enactment of  two historical performances given by The17. The first was in Moscow on the 28 September 2006, the second in Saint Petersburg the following day. The re-enactment will involve 34 people, 17 of whom will act the part of those that were The17 in Moscow, the other 17 will act the part of those who were The17 in Saint Petersburg.

If you want to take part in this re-enactment you need to have a voice, two ears. And an ability to use your imagination. We need 34 people, no more no less.

Presented in partnership with Eastside Projects as part of ‘The 25 Paintings’, the first stage of Bill Drummond’s World Tour 2014-2025 and the culmination of the life’s work of Bill Drummond, artist, legendary music maker and infamous myth maker.
Exhibition continues to 14 June, Wednesday–Saturday 12-5,