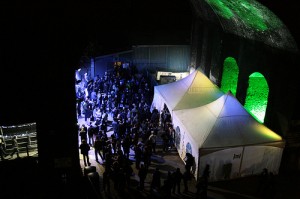 Being an intern with Capsule, and specifically Supersonic festival, for the past few months has been an utterly eye opening experience. Perhaps the most significant thing I have personally gained from my time with the fantastic team who curate and produce the festival, is a re-connection with the city I thought I was permanently detached from

I have to admit, and I am saying this as a Brummie (pretty much) born and bred, that I have often felt that the city has felt a bit stagnant in comparison to other British cultural heavyweights such as Leeds, Manchester and Liverpool. I now realise this was a result of nothing else but my own ignorance. I was so busy loving life up North (having lived in Manchester for the best part of four years), that the cornucopia of music and art events that myMidlands home had to offer went completely unnoticed. Whilst I had heard of Supersonic, initially back in 2010, I had unfortunately never made it down as I was out of the country on both occasions. I admired the line-up for being so completely and unbelievably fresh- I had not heard of 80% of the bands, yet I was intrigued by the opportunity to have my ears filled with new sounds, my eyes opened with new sights and my head bombarded with new ideas. 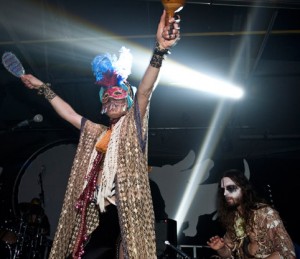 As soon I found out I was going to be a part of the core team in the lead up to Supersonic 2012, I was given tasks that ranged between compiling blog posts to putting together articles and interviews for the 16 page zine that was to be published a couple of weeks before the festival. It was great learning more about the bands that would be playing, delving in to their back catalogues online and more importantly learning from the Capsule team who are so gleamingly passionate about what they do and the music that they bring to their captive audience.

Throughout the duration of the festival, Kez (the other marketing intern) and myself were put in charge of the Box Office, a responsibility which meant a lot- it isn’t often that you are given the opportunity to take charge on something as an intern and it was a refreshing feeling to be completely trusted. Perhaps my favourite thing about sitting at the front line, as such, was seeing such an incredible array of facial hair; moustaches carefully grown into styles that mimicked everyone from Poirot to Borat and Dali to Hulk Hogan. And the beards! Well, let us just say that some had taken on a life of their own. Amazing. 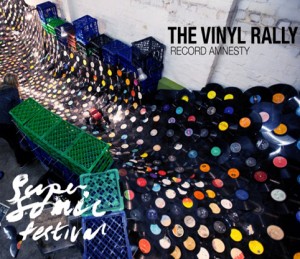 Luckily there were no real hiccups this year at Box Office HQ. Our handy PDA’s ensured that mistakes could be kept at a minimum, and our amazing team of volunteers did a sterling job in helping us keep things running smoothly. Perhaps my favourite moment of the weekend was when a couple of rogues from a Digbeth zombie run ended up mistakenly in the festival- they were both dressed in bloodied, ripped get-ups and we assumed they had been part of a workshop or performance that we weren’t aware of. It was only when they noticed that the people around them weren’t trying to kill them that they realised they were in the wrong place. We took a look at their zombie map and sent them on their way.

I think the most surreal experience of the festival was driving Justice Yeldham over to Margaret Street for the ‘Art of Listening’ talk. I mean, what radio station do you put on for a man who plays a piece of glass?

Musically, my highlight of the weekend had to be Goat. I don’t think anyone could have helped but have left Gibb Street Warehouse with a smile after their completely bonkers and captivating performance. I found my feet jigging, my arms waggling and my head bobbing to a beat that if you were to close your eyes, would make you think you were on the tropical shores of Haiti. As I looked around I saw everyone else smiling around me because they could not help it- watching six Swedes stamp their feet, swish their hair and play their instruments wearing what can only be described as hats fit for gnomes is an unforgettable experience. 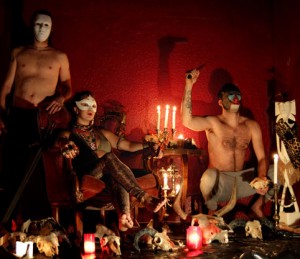 I must also note Hype Williams as being an act that I won’t be forgetting in a hurry- their stranger than fiction origins are matched by a feeling that they are attempting to plunge their audience into such a state of annihilation, so that they may be reborn in a state in which they will have forgotten how to breathe. At points during their performance I felt that the intake of oxygen had taken a serious backseat as I was so pre-occupied with what this insane bass was doing to my eardrums. 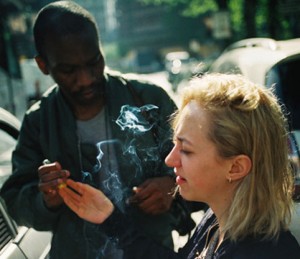 In conclusion, it has honestly been a truly great experience. An experience that I would 100% recommend to anyone who wants to work within the creative industry. The role is certainly hands-on; I have got involved in everything, from moving office furniture to artist liason to just generally engaging with the audience. Throughout the festival weekend you have to be ready for any situation, should it arise which is really a task in itself- it is surprising the questions that people come up with. The festival itself passed in a bit of a blur, but what cannot come into question is the fact that the team behind Supersonic are hugely dedicated to bringing fans of all things experimental a stellar line-up year on year. It is a rare thing for an intern to be so involved and to be made so welcome so I would urge anyone who is even contemplating applying to give it a go- there is nothing left to lose!

One Response to “My Experience as a Supersonic Intern”