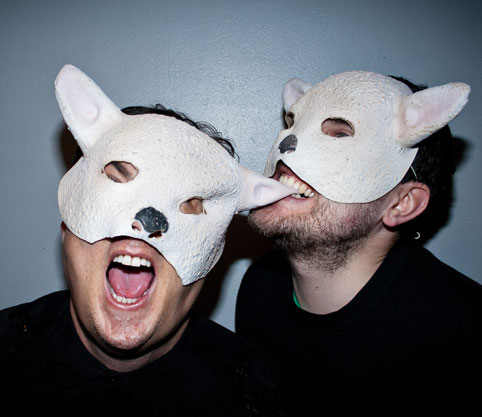 Bringing the sunny Balearic sounds of summer and the icy kosmische sounds of winter to a venue near you, Free School are maximalist and minimalist all at once. But in a good way. The Birmingham duo signed to the internationally renowned Tirk label in 2011 and have just released their critically acclaimed LP ‘Tender Administration’, following two 12” releases and a string of remixes for the likes of Roots Manuva and Phil Oakey. Their cosmic delights have won the support of DJs Jacques Renault, Justin Robertson, Red Rack’em, Pete Gooding, Disco Bloodbath, The Big Chill and Future Disco.
Together with powerhouse drummer Simon Weaver and sensuous/deviant singer Greg Bird, the band have played live supporting Andrew Weatherall, Walls, Mark E and Fujiya & Miyagi and have recently performed at Croatia’s disco Mecca ‘The Garden Festival’. Free School have been performing a live show to win the hearts and minds of….well, people like you. Yes, you. Taking retro- futurist disco as a starting point, Free School have fused together Electro, House, Balearic, and Kosmiche to arrive at “a new sound….one that’s never been heard before….”* They may or may not be wearing masks of lamb.**
*Quote not actually said in reference to Free School. But it does feature in one of their songs, so the point stands. **Not actual lamb. They’re made of some sort of rubber/latex composite. But they look like lambs, so the point stands.