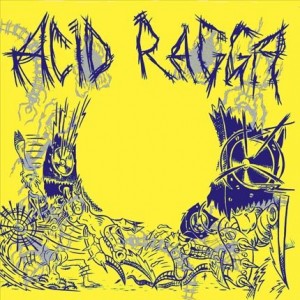 The prolific and ever unpredictable Kevin Martin (AKA The Bug) will once again be bringing his heavy dub basslines and grimey dancehall vibes to Supersonic this year. Kevin has just put out another 7″, and according to the fine folk over at The Quietus, it’s a very heady concoction indeed…

His latest project – the first ‘proper’ new Bug material since 2008’s London Zoo – is another scientific endeavour: an exercise in genetic recombination, triggered by a long-unanswered question that’s apparently been burning in Martin’s mind for years: “What happens if I cross acid house with ragga?” Leading up to the release of his long-awaited new Bug album proper Angels & Devils, his Acid Ragga 7″ series attempts to answer that question via a series of gene splices that transfer traits from each test subject into a new and virulent third form, a sort of Frankenstein’s monster of the electronic dub world that roars along at breakneck speed.

You can read the full review over at The Quietus website, and also hear a preview of the record’s title track!

If you like The Bug, then you won’t want to miss out on this year’s performances from elusive electronica merchants Hype Williams and hyperactive dubstep lunatics Devilman.