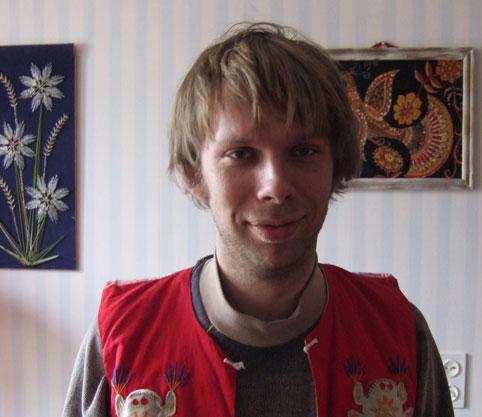 Tomutonttu is a creature who looks after all the dust. Jan Anderzen is a Tampere based artist who rearranges images and sounds and makes the music of Tomutonttu audible. Read streams, mutilated voices, groovy animal noises and records other people have made are some of the ingredients Anderzen uses to mold his ecstatic music. Someone described it like this: a confusing close-up of music, a microcosmos of strange sound events and dirt flying around in stereo space, interacting with a logic all of their own. Jan Anderzen is also the leader of the band Kemialliset Ystävät and one of the most recognized Finnish experimental music makers. He’s actively performing around the world and his discography is a labyrinth reflecting the nature of his art.