The lovely people over at Vice and Rock-A-Rolla have written up some rather sweet little summaries of what to expect at this year’s festival.

Here’s what The Vice Festival Guide 2012 had to say about us:

“Capsule’s stalwart metal/noise/other festival, held in converted industrial space in the greenery-free district of Digbeth, remains reliable in its mix of crushing heaviness and avant-garde ambition. They celebrate their tenth anniversary this year, and while just a shred of the bill has been announced at the time of going to press, the presence of Swedish afro-punks Goat and drone maestro Tim Hecker suggest it’s coming along nicely. All that, plus synth-building workshops, lectures, films and lots of bloke sporting a) beards b) tattoos and c) Mogwai t-shirts”

And here’s the article in the June/July issue of Rock-A-Rolla, scanned in for your reading pleasure… 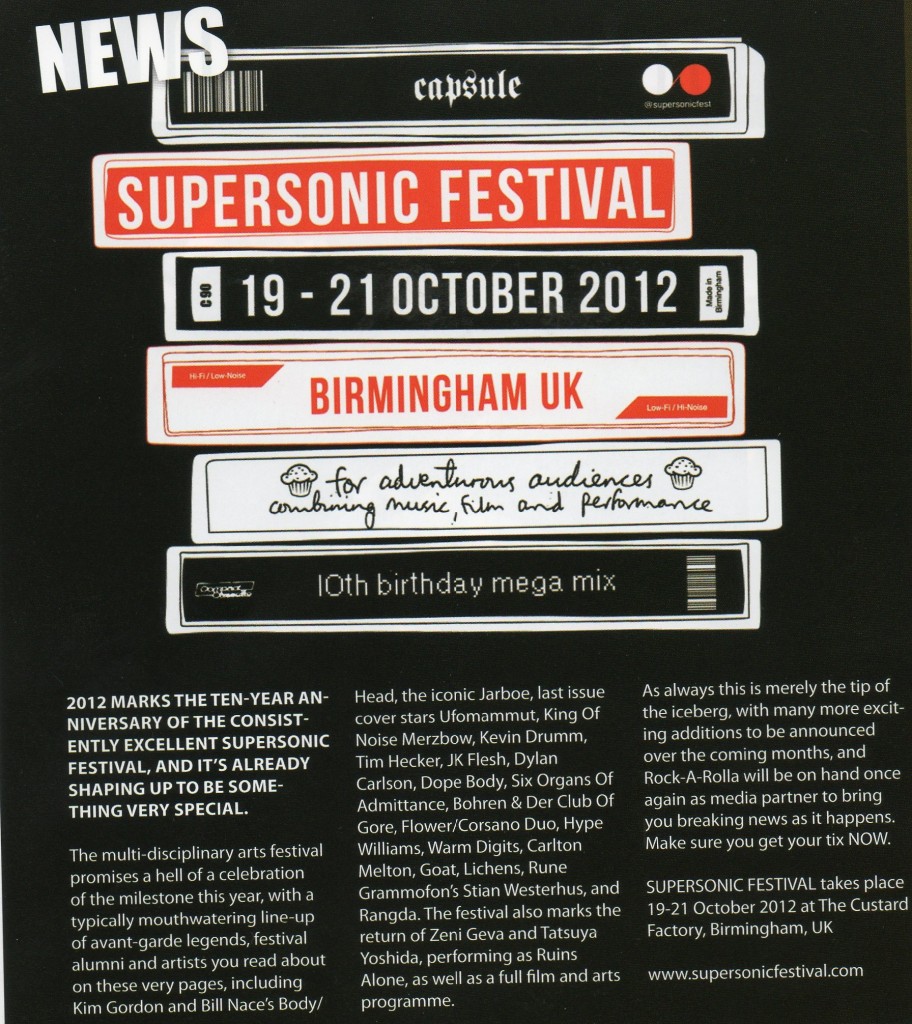 Don’t forget we’ve still got a whole bunch of other exciting acts to announce, so keep your eyes and ears peeled! For ticket info go here