This is the big one. The acres of words written by people with keyboards. Some are in the classic journalistic style, some are gonzo-stlye diary entries, some are capsules of reactions. 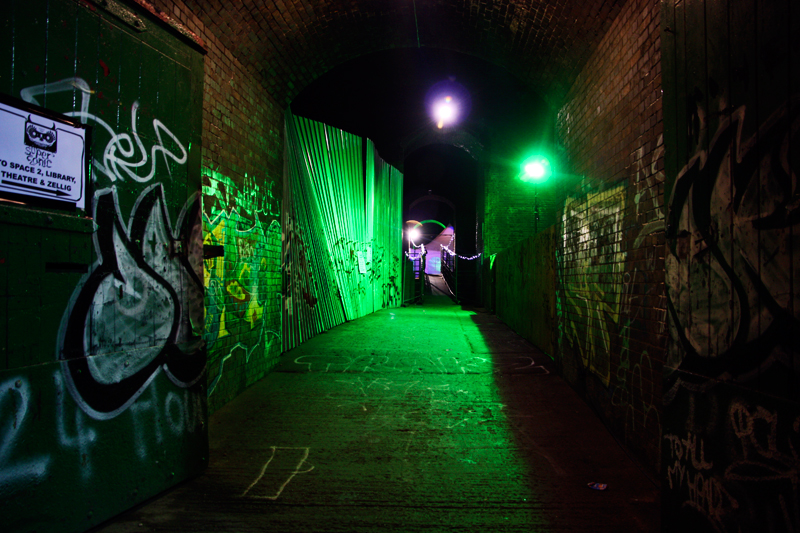 Pic by Alice at Quaint Living.

The Quietus got their review up nice and sharpish by spreading the load across various contributors.

Ross Cotton did a review but also did a great feature on being a Supersonic volunteer.

Clash Music did a review.

Gareth at Bearded did a review.

The Sleeping Shaman did a long review.

Grant Hobson at IHRTN wrote a review which amusingly opens with an apology that he didn’t catch all the acts and is being subjective. Don’t worry Grant – that’s par for the course in this game.

Gordon Reid did a review for Middle Boop Mag.

Jack Traveller did a review for OneMetal.com where he gave each band a mark out of five. The festival as a whole got 4.5/5, which is interesting as his average score for the bands was 3.2/5, meaning the non-musical bits of Supersonic must have scored an impressive 24/5. Well done the non-musical bits!

James Self did a review for Artrocker.

Scott McMillan wrote a review for The Liminal.

David Bowes did a brief review for The Fly.

Jack Chuter did a review for ATTN.

Jude Clarke did a review for The Line Of Best Fit.

Martijn did a review for Mass Movement Magazine.

Jon Stickler over at Stereoboard did a review of the weekend.

Phil Styles over at Sonic Abuse gave his thoughts on this year’s festival.

Kim Monaghan from Right Where You Are Sitting Now kept a Supersonic diary over Friday, Saturday and Sunday.

Russell Cuzner at Musique Machine dissected the proceedings at this year’s festival and scored it a sweet 5/5.

Chop at Midlands Rocks wrote a 3 day review. Read his breakdown of Friday, Saturday and Sunday.

Kailas Elmer did a review for Trebuchet Magazine.

The Pictorial Review of Supersonic Festival 2011 with photos by Greg Neate is up on the Collapse Board.

Francis Morgan over at the Frieze blog gives her take on Supersonic Festival 2011.

Ann at Mental Meltdown did a special review of Wolves In The Throne Room’s festival performance.

The University of Birmingham’s Redbrick newspaper covers the festival and talks to a couple of the labels who were present at this year’s marketplace.

Steve Walsh did a review of the festival for Vibrations Magazine.

Daniel Mackenzie over at Fluid Radio gives his low down on the weekend.

Adam Cooke wrote a review over at Behind The Wall of Sleep (photos by David Smyth).

Josh Daniel reviews the acts that took to Supersonic’s stages in 2011.

Liam Cagney at Musical Criticism has a written a short review and awarded the festival experience 5 stars out of 5.

Abi Bliss has reviewed the festival weekend over at Drowned In Sound.

Over at Wiki Festivals, Cynthia Franklin has given her impressions of Supersonic as a first time attendee. We appear to have a convert, as she’s already getting excited for 2012’s festival. Just what we like to hear!

The Nov/Dec issue of MUDA Magazine (Portugal) has an incredible in-depth feature on this year’s Supersonic Festival written by Alexandra Carvalho and Daniel Ferreira (in Portuguese).

Staf magazine have translated Ross Cotton’s review of the weekend for Spanish readers (in Spanish).

Sven Schlijper at KindaMusik (Netherlands) let us in on his Supersonic 2011 experience (in Dutch).

Meanwhile, slightly outside the “review” paradigm…

Alice at Quaint Living turned her review into more of a travel piece, documenting the festival acts, venue and her time in Birmingham during the days. It’s a lovely mix.

Paul F. Ferguson wrote an epic diary of his experience as a volunteer. Triffic stuff.

Mr Underwood documented his experience as a performer and contributing artist but primarily a punter.

Kevin Hand scribbled some notes on The Rock Club forum.

Stuart of Doom Tuba duo Ore reflects on their performance.

Pete Ashton from ASH -10 captured the Supersonic Festival 2011 hashtag over the weekend and made this rather fun word cloud. What do you think?

There’s bound to be more and we’ll keep adding to this list as long as they keep cropping up in the Google. Feel free to stick a link to your words in the comments.

4 Responses to “Collective Memory – The Reviews”