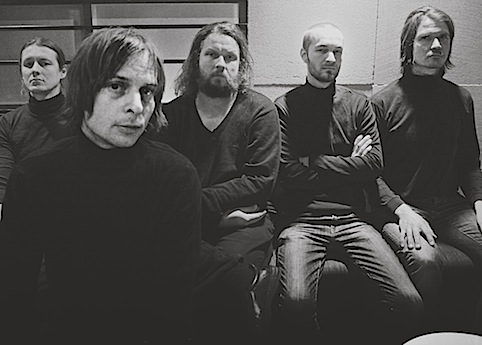 In their own words, Pharaoh Overlord play “hypno-improv-stoner-rock”. Featuring three members of the Finnish group Circle (also playing Supersonic 2011), Jussi Lehtisalo, Janne Westerlund and Tomi Leppänen started up Pharaoh Overlord just over a decade ago to explore their love of stoner-rock. Since then, they’ve boiled it right down to its essence, each new record taking a different trip.  Then again, their ‘Out Of Darkness’ album from earlier this year took a sharp, unexpected turn into the heart of true heavy metal. Their ‘Live in Suomi’ album even features Joachim Irmler of Faust, both performing and remixing. All of which was enough to inspire Roadburn Festival to host them as artists-in-residence this year.

The band’s new record ‘Horn’ (Ektro Records) is a further departure for the band. This is nasty, noisy full-on art rock from the outer reaches of space, like early Sonic Youth tearing it up with Crazy Cavan & the Rhythm Rockers.  We reckon this is really satisfying head-music that’ll move your body too. The album features a cover of Spacemen 3’s ‘Revolution’, which may or may not be the tune they’re playing on the Roadburn 2011 clip below. You tell us. Either way, it’s a quarter of an hour of zoned-out, one-chord magic.