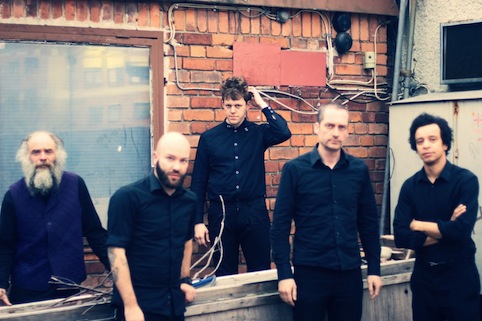 Skull Defekts news – 12″ EP out in time for Supersonic

News just in from via the Skull Defekts Tumblr site is that they should have a brand new 12″ EP out in time for their show at Supersonic 2011. If it’s anything like their stunning ‘Peer Amid’ album released earlier this year, fans of anything from Krautrock to post-punk to shamanistic yowling are in for a treat. That last element comes from legendary singer Daniel Higgs – the ex-Lungfish man has added an extra wow-factor to what was already a pretty powerful, muscular sound. If you want more words, direct from the horse’s mouth, there’s an interview with Joachim from the band on their Tumblr here and a video from a recent live show is below.  Does anyone know what effects have been used on the footage?  We like the grainy, washed-out look here in the Capsule office, but tell us how it’s done!