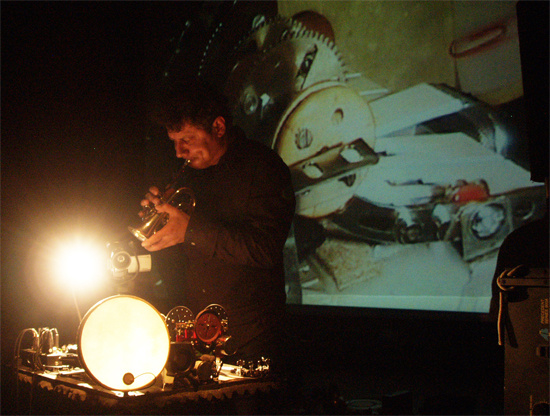 When was the last time you played in Britain?

Pierre Bastien: The last time was at the Bath Festival this year. But before that I took part in Sound UK’s programme Fertilizer. And I toured with Squarepusher four years ago, and took part in three ‘raves’ probably, because it was more than a concert – the whole night was music. Also in London, I played at the Rough Trade store when it was at Covent Garden in the afternoon, that was very small but very nice. And a very nice concert organised by, I think, The Wire and a label called Chill Out – I don’t know if it still exists.

How did Squarepusher’s audience take to you?

PB: I never dared to look at the people! Laughs] I was a bit scared actually! I was playing almost first, Luke Vibert was warming up the place and I was right after him. I think it was kind of an introduction to the rest [of the evening], but it was very audacious of Tom [Jenkinson] to invite me there. I think it went well, but I never dared to check if they were dancing or not so I’ll never know. Probably not of course, but moving at least, I hope, a little bit! [Laughs]