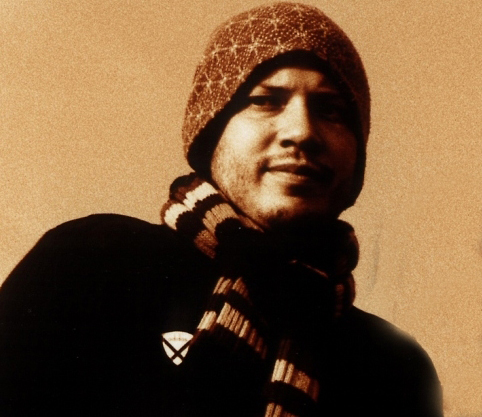 We’ve been asking regular attendees of Supersonic to recommend what they are most looking forward to seeing at this years festival. Stuart Braithwaite of Mogwai fame, will be introducing a screening of ‘Burning‘, a film by Nathanael Le Scouarnec and Vincent Moon which captures Mogwai performing over three nights at the Music Hall of Williamsburg in Brooklyn, NYC

Stuart will also be doing a spot or two of DJing over the weekend in between catching the following bands:

1 melt banana – Japan’s Melt Banana are without doubt one of the finest live bands on the planet. For years i’d heard their music on the John Peel show and loved it but it was only when i saw them play in the flesh that i realised what a special bunch of musicians they are. Their music is pretty much undescribable so i won’t bother trying. They need to be seen to be believed.

2 hallgallo – Michael Rother of Neu! and Harmonia fame’s current live group Hallo Gallo are fantastic. I saw them play in Edinburgh and it was one of the best shows i’ve seen for years. They don’t just trawl through the Neu! catalogue and instead create something really special and new while also dipping into some of the classic songs. Its not nostalgia at all. Brilliant.

3 Factory Floor – Of all the new bands playing Supersonic Factory Floor are the one i’m most excited about. I saw them support Fuck Buttons last year and they blew me away. They have a coldness about their music which recalls Throbbing Gristle or Joy Division but simultaneously sound totally modern. I also met them and they were lovely folk which always helps.

4 77 BOA DRUM– The Boredoms are a mind blowing live band and this will be my first experience of their drum extravaganza. To say i’m excited would be a massive understatement. This screening will rule.

5 Voice Of the Seven Thunders– The last time i saw Rick Tomlinson play it was under his previous monicker Voice Of the Seven Woods and i was totally mesmerised. Its a geeky guitar boy thing to say but he is a fucking amazing guitar player. His music is amazing and i’m really excited about hearing him again.

* good fact – it was Stuarts mum that first allerted us to the bomb scare of 2006, which she had seen announced on the news in Glasgow, unbeknown to us in Digbeth until a few hours later – always the last to hear about exciting developments!