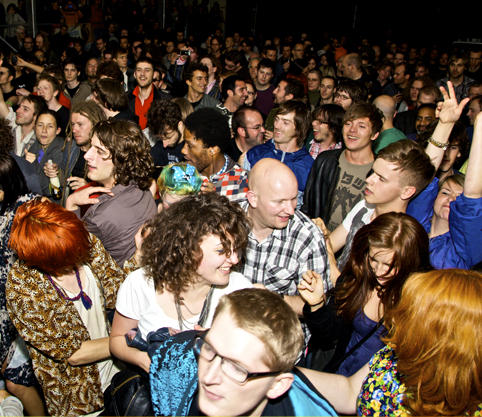 EPIC, a new short film is the first music documentary to turn the cameras away from the performers, focusing purely on the people who are the very reason for their existence… the audience. It will celebrate the live music experience as a rite of passage, a bonding experience, an obsession, a job, a trip down memory lane and in some cases… a near-religious experience.

Epic is a one-off production for Film Four and may be filming at Supersonic Festival. The film – a homage to the live music experience – offers gig-goers a chance to have their perfect gig experience immortalised on film. The film will premiere at a red carpet screening at Abbey Road Studios.

The production team are putting out a call to anyone going to Supersonic Festival 2010 who would like to be in the film. They are particularly interested in hearing from anybody…

Who is seeing their all-time favourite artist

Whose job it is to review or photograph the gig

Working at a the venue – as security, on the bar etc.