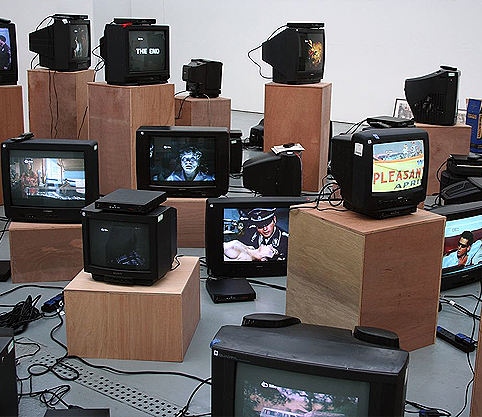 Grand Union presents an exhibition by London based artist Jamie Shovlin. His latest project Hiker Meat examines the degree to which a film director (or artist) has control over their works’ intended message, meaning and historical legacy, exploring the inherent tension within processes of collaboration and adaptation in any creative endeavour.
The project is a partial adaptation of an earlier work by Shovlin, Lustfaust: A Folk Anthology 1976-81 (2003-6), an archive of material created by the fans and musicians of a fictional German noise band. Contained within this archive is a narrative sketch for an exploitation film entitled Hiker Meat, for which Lustfaust composed the soundtrack. Using these found notes as a starting point Shovlin is producing a large body of work which acts as a homage to, and deconstruction of, exploitation horror films of the 1970s and 80s.
Unit 19, Fazeley Industrial Estate, Fazeley Street, Digbeth, Birmingham, B5 5RS
12-8pm Friday 22nd October, 12-6pm Saturday 23 October, 12-4pm Sunday 24th October.
FREE ENTRY
www.grand-union.org.uk
SHARE: