A very special performance has been announced for the intimate Theatre Space.

Barn Owl will be performing a special AV set, using experimental film pieces to add an extra visual layer to the performance. 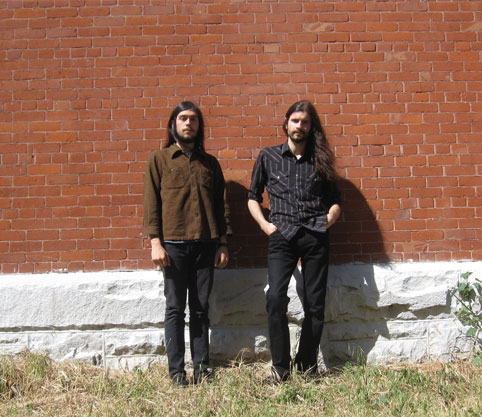 Evan Caminiti (guitars, vocals) and Jon Porras (guitars, vocals, drums, harmonium) met in San Francisco in 2006 and immediately started playing music together. Over the next four years, the two gradually sculpted a vast collection of hazy desert sky meditations – ominous, barren expanses of music for desert walks at dusk, and dark, pastoral passages embellished with psychedelic and atmospheric wash. Engaging throughout, every moment contributes to an overall feeling of mysterious desert expanse and a sonic narrative that unfurls like a cinematic metaphysical western.

Several releases on labels such as Root Strata, Digitalis, Not Not Fun, Blackest Rainbow and Important Records with a new album “Ancestral Star” coming out on Thrill Jockey.

Or locals can get them from

One Response to “Barn Owl confirmed for Supersonic 2010”