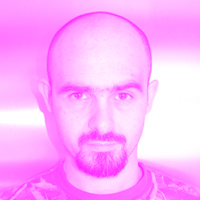 Scorn – UK
Scorn is the project of former Napalm Death drummer Mick Harris. The project was formed in the early ’90s by Harris along with Nic Bullen (one of the founder members of Napalm Death in 1981). Bullen left the group in April 1995 and the projects continues on to this day as an essentially one man show.

Scorn is/was often associated with industrial and experimental music, particularly in their earlier years as a duo with much of their Earache Records era output. Scorn considered a rare example of a successful industrial/downtempo crossover artist. Since the departure of Bullen, much of the output has been minimalist beats with an emphasis on very deep bass lines, often resembling dub and trip-hop in structure.
http://www.myspace.com/mjhscorn