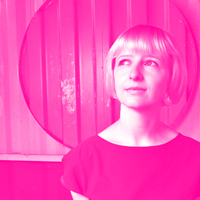 Nancy Wallace – UK
Nancy Wallace  has been described as “One of the finest folk vocalists of her generation” hailing from Suffolk, but now firmly ensconced in east London. She sings with the Memory Band, and features on the albums “The Memory Band” and “Apron Strings”. Her interpretations of songs have been included on both volumes of Tom Middleton’s Crazy Covers albums, Paris Derniere and the Big Chill compilations. Her tunes are enhanced no end by the amazing violin skills of Jenny may Logan of the Elysian Quartet , The Memory Band and the Basquiat Strings, and more recently Richard Lewis has added add his inimitable accordian, banjo and hurdy gurdy to a couple of tracks. Recently Nancy has joined the ranks of The Owl Service which she is enjoying very much indeed.
http://www.myspace.com/nancywallace