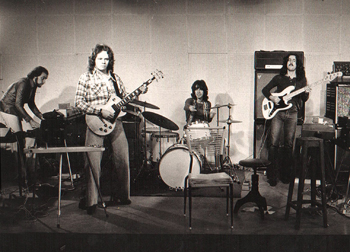 It is with great honor that Supersonic presents Italian legends GOBLIN, their first UK show in over 20 years.

The name Goblin first appeared on the map in 1975, when the band recorded the soundtrack for Dario Argento’s “Profondo Rosso”. This was the starting point for a decade long, highly creative and widely influential collaboration between the eccentric film maker and Goblin, that made the group become the aural signifier of the Italian horror film movement of the seventies and the eighties, creating sound tracks to such cult classics as “Suspiria” (1977) and “Dawn of the Dead” (“Zombi”, 1978). Goblin created some of the most thrilling pieces of soundtrack music ever made. While Argento undisputedly masters color and composition, Goblin’s suggestive and complex symphonic scores evocated dark atmospheres, suspense and stirring drive. In combination they create the unique, highly stylized, surreal and psychedelic experience, that made the movies become cult classics.