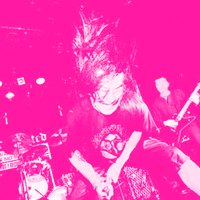 Corrupted – Osaka Japan
Corrupted is THE absolute reference in terms of monolithic and experimental funeral doom.

The band has become legendary: consistently refusing interviews and photo shoots, the band has only been seen in Europe during a discreet tour in 2000 and a couple of appearances last year, this will be their first show in the UK.

Corrupted’s music is bleak, monumental and slow as a pachyderm… Extraordinary brutal riffs-drones played in a very low guitar/bass duo, as well as a drummer who maintains a brontosaurus like striking force on improbable slow tempos serve as a morbid box for a singer with an inimitable tone: guttural and abysmal at will, he declaims apocalyptic texts in Spanish (!!!). The band sometime uses long instrumental, melancholic breaks that admirably contrast with the force of their sound.
http://www.dxmxtx.com/corrupted/