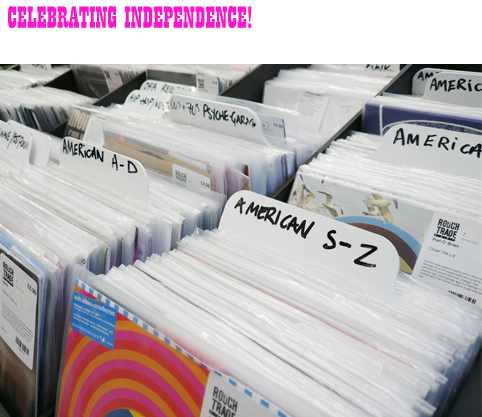 Over a quarter of the UK’s independent music stores went out of business last year, according to the Entertainment Retailers Association, in the record store heyday of the 1980s there were 2,200 stores; by 1994 there were 1,200, today only 305 remain in the UK.  Another recent blow to the independent scene has been the sudden closure of Plan B magazine; Supersonic brings together a panel of guests including the manager of Rough Trade East Spencer Hickman, Allison Schnackenberg of Southern Records and former editor of Plan B Louis Patterson to discuss the future of independent music.
Chaired by Emma Petit editor of the book Old Rare New: The Independent Record Shop