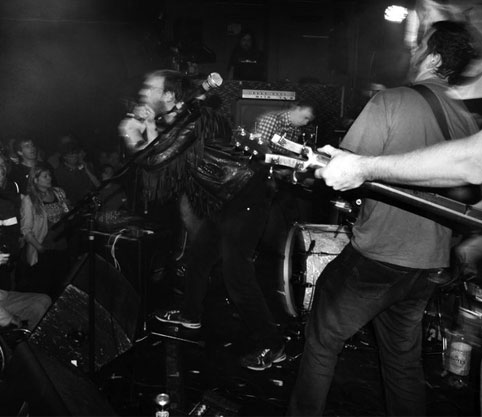 Hey Colossus are extremely busy right now; in addition to putting out their new record (‘Witchfinder General Hospital’), preparing for their set at Supersonic and being interrogated by us recently, they’ve somehow found the time to give some more interviews, for Trebuchet and The Quietus respectively. The Quietus asked guitarist Joe Thompson about clotted cream, the music industry and what we can expect from their Supersonic performance, to which Joe replied –

You can read the full Quietus interview here, and head on over to the Trebuchet site to read their interview and find out what prompted vocalist Paul Sykes to utter the immortal line –

It’s not a show if people don’t enjoy it, it’s just a bunch of people turning up somewhere.

You can rest assured that Hey Colossus will be putting on quite a show indeed at Supersonic this year. You can catch the band perform on Friday 19th.