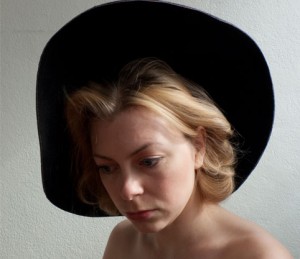 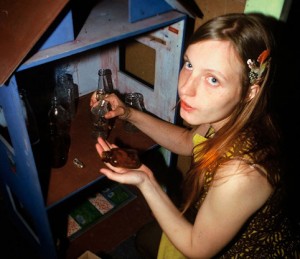 Islaja, Lau Nau, Tomuntonttu– three of Finland’s finest. Imagine a rearrangement of sounds and images, whereby psych-folk is juxtaposed with groovy animal noises and a variety of instruments create a cacophony of noise that is as subtle and intimate as it is full of impact and intrigue.

Let us start with Islaja. Heading up 2012’s Kids Gigs, she is an artist that is and will be appreciated by all ages and all tastes. She is credited with playing a whole host of instruments, ranging between colourful juice glasses, witch laugh megaphone and even beer cans. Her new album, Keraaminen Pää, is overflowing with rich, sculptural sounds, dense atmospherics and Nordic romanticism, and will she will undoubtedly evoke a vibe on stage that mirrors her unique vocal style.

Islaja performs regularly at venues and festivals across Europe and the UK, and has shared the stage with bands as diverse as Animal Collective, Low, Handsome Furs, Skaters and Junip. However, she has remained relatively unknown in her native country until recently, where people have really begun to sit up and stare. Whilst many have referred to her music as ethereal, relating her presence to that of a nymph amongst the tamed wilderness of the forest, Islaja herself has said noted that ultimately, ‘I am a child of the city, and I reckon my music ultimately is just rock.’

Since the release of her celebrated debut full length Kuutarha on Chicago’s Locust Music in 2005, Lau Nau has enjoyed considerable recognition for her intimate and playful blend of ethnic tinged folk songs with curious and intuitive sounds conjured from familiar and exotic sound sources. Like her Nordic counterparts, whilst her music is at home in the city she manages to transform the room by making her audience feel as though they are experiencing the great outdoors. The gentle meeting of edginess, warmth and elements of natural beauty ensure that her performance will stand up and provide a protective jumper for revelers against the unpredictable October weather.

Finally, let us move on to Tomutonttu. Described as a ‘creature who looks after all the dust’, it is again Finnish-based musician Jan Anderzen who rearranged images and sounds and makes the music of Tomutonttu audible. Read streams, mutilated voices, groovy animal noises and records other people have made are some of the ingredients Anderzen uses to mold his ecstatic music. Someone described it like this: a confusing close-up of music, a microcosmos of strange sound events and dirt flying around in stereo space, interacting with a logic all of their own.