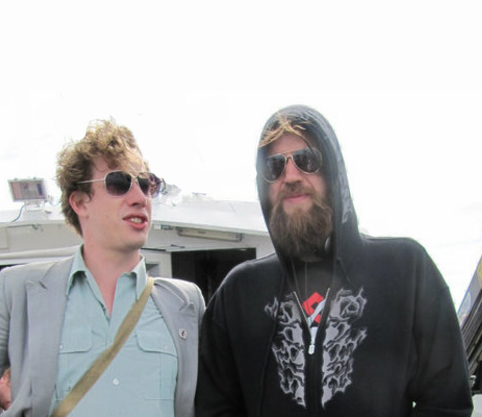 We’re delighted to announce a very special live interview with Hallogallo over the weekend of Supersonic Festival hosted by The Quietus. It will take place on Sunday in the Theatre Space.

The Quietus is a music and culture online magazine (recently voted Website of the Year by Record of the Day) now well into its third year of existence.

When editors Luke Turner and John Doran are asked to describe their remit, for want of anything sensible to say they often reply, “We cover all music that was recorded after 1974, the year that Kraftwerk’s Autobahn created modern popular music.” So it was with great pleasure that we were asked to be part of the festival this year, not just because of the typically excellent line-up chosen by Lisa and Jenny, but because it gave us a chance to work with former Kraftwerk and Neu! guitarist Michael Rother. On top of this we’re overjoyed by the return of Swans, Godflesh and Napalm Death, are looking forward to broadcasting our daily radio programme (tune in) and are looking forward to having a dance to Factory Floor, Gnod, Barn Owl and Gum Takes Tooth. Most of all, John is looking forward to a weekend where the only sustenance and fuel he needs will be extreme music, thus avoiding the curious incident involving a Coventry Station platform and a truncated journey down a tunnel that was full of red flames, not heavenly light that occurred in the bloody aftermath of Supersonic 2008.”