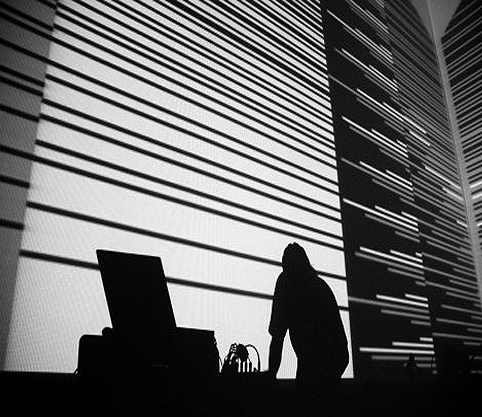 Small But Hard is a new independent label, set up by breakcore maverick DJ Scotch Egg (AKA Shigeru Ishihara) in conjunction with artist/print-maker Simon Fowler (co-founder of London based Cataract Press) and Daisuke Imamura (DJ Die Soon). The label has quickly amassed several very interesting artists, who are all quite distinct in terms of sound but united in their tireless dedication to pushing the boundaries of electronic music. Supersonic is honoured to present the whole Small But Hard family this year, so let’s take a look at what this showcase has in store…

Scotch Egg is somewhat of a Supersonic veteran by now, but in case you’ve missed out on any of his previous manic performances, here’s a little taster of what you can expect. Scotch has been pioneering his frantic ADD chiptune/gabba mash ups for almost 10 years now, often using a circuit bent Game Boy to unleash all manner of breakcore upon his unsuspecting audiences. This time round he’ll be performing under the name DJ Scotch Bonnet (one of his many guises), stepping outside of his self-imposed 8-bit cage to supply us with his trademark cut-up beats and massively overdriven bass bombs – a potent combination that’s sure to get you moving!

With DJ Scotch Egg taking control of an arsenal of skull rattling bass frequencies (anchored in place by Dokkebi Q’s Gorgonn’s live mixing and Bo Ningen’s Taigen Kawabe’s inimitable vocals, whilst under the supervision of the enigmatic Mr. D), Devilman sounds like dubstep turned inside out and inflated to cartoonishly gigantic proportions. This isn’t the first time Devilman have appeared at the festival – their larger-than-life bass blowout in 2010 reduced all in attendance to gleeful, quivering wrecks, hypnotised by the bowel rupturingly heavy low frequencies and gyrating in ecstatic devotion. Not to be missed!

Koyxeи‘s obtuse take on hip-hop is unparalleled, bringing in dub and breakbeat influences and draping them in an exceptionally noisy and hyperactive dressing. Koyxeи (or Kouhei Matsunaga as he’s known to his friends) has worked with a number of prominent experimental musicians, including Autechre, Tangerine Dream’s Conrad Schnitzler and Merzbow (who will also be appearing at this year’s festival), and it seems the influence of these seemingly disparate artists has rubbed off on Matsunaga, whose eclectic sounds know no boundaries.

C_C finds Kouhei Matsunaga teaming up with jungle enthusiast Eduardo Ribuyo to indulge their love of handmade beats and analogue feedback loops. C_C performances are largely improvised, with the duo conjuring vast textures out of heavily manipulated source sounds, filling the room like liquid and syphoning into your ears like thick treacle. Fans of electronic music will certainly want to check these guys out!

Berlin based noisemonger Kakawaka has been causing quite a stir of late with his expressive, volatile live shows, bringing together harsh noise & performance art, and sound experiments & outlandish tomfoolery in his own unique style. We’re not entirely sure what Kakawaka has in store for his Supersonic performance, but it’s sure to be a wild, spontaneous spectacle that you won’t forget in a hurry!