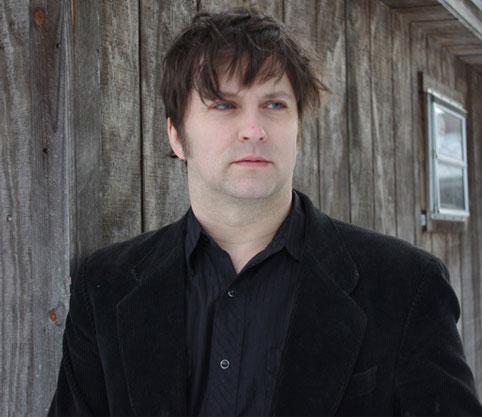 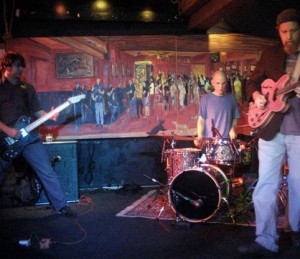 We’re extremely excited to welcome the multi-faceted psychedelic improv monster known as Rangda to the stage. Taking its name from an Indonesian child-eating demon queen, this experimental unit features three prominent avant-garde musicians, namely Ben Chasny, Chris Corsano and Sir Richard Bishop, who will also be performing their own sets over the weekend too. If you’re yet to become acquainted with these three, here’s a quick introduction and a few reasons why their sets this year are going to be unmissable…

The trio released their debut album, ‘False Flag’, back in 2010, much to the delight of experimental music fans across the globe. The howling, untamed improvisations contained within simultaneously bring to mind the wide eyed free jazz of Ornette Coleman, the blistering noise rock of Boredoms and the free-wheeling cosmic energy of Can. ‘Fist Family’ finds Corsano exorcising his demons and unleashing hell upon his poor kit, as Chasny and Bishop’s guitars howl away at the moon like highly strung lions. ‘Sarcophagi’ ventures into calmer waters, with tender, shimmering guitar licks playing off against Corsano’s beautifully restrained drumming, whilst the aptly titled ‘Serrated Edges’ sees frantic, kaleidoscopic Hendrix-isms colliding with intricate, jazzy cymbal splashes and gleeful snare abuse. The vast, meditative psychedelia and slowly unfurling vibrations of 15 minute closer ‘Plain of Jars’ round off this aural journey in spectacular fashion.

Anticipation is running high in certain circles for the band’s follow up, ‘Formerly Extinct’ due to be released through Drag City Records on the 18th September. Expect to hear choice cuts from both records and much more from the band’s Supersonic set, especially as these three players’ improvisational skills are sure to come to the fore and provide one wild ride for all and sundry!

Chris Corsano is an extremely accomplished improv percussionist, who has collaborated with artists as diverse as Björk, Thurston Moore, Jim O’Rourke and even Jandek. Corsano will be joined at Supersonic by Mick Flower (of incendiary drone rock behemoths Vibracathedral Orchestra) for a set of intricate Eastern tinged odysseys, pitting these two dazzling musicians against each other in an intense yet expansive musical setting that promises to be a very absorbing journey indeed.

Ben Chasny has played with everyone from psych-rock heroes Comets On Fire to David Tibet’s esoteric Current 93, but with his primary project, Six Organs Of Admittance, Chasny gets the chance to show off his skills as a song-writer. Ranging from spacious, heartfelt folk to scorching psychedelic jams, Six Organs Of Admittance’s music is constantly evolving and redfining itself. Expect nothing less than an absolute revelation from Chasny’s set this year!

After cutting his teeth with the highly acclaimed experimental rock three piece Sun City Girls, Bishop began to explore more diverse influences, taking inspiration from a number of different sources from around the world to create a truly unique and thoroughly engaging sound. Traditional Arabic, Indian and African sounds are all audible within Bishop’s nimble fretwork, but there’s something else at play here too, that indefinable something that makes Richard one of the most exciting contemporary acoustic guitarists around. Miss his set at your peril! 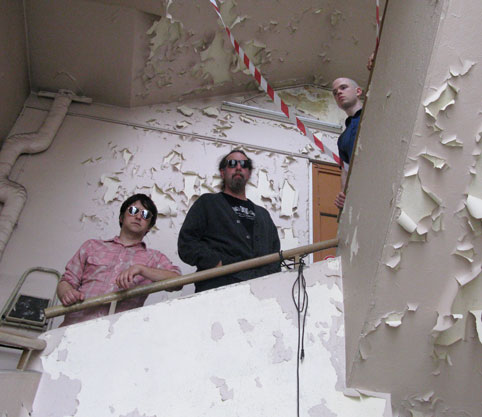 Rangda is named for the Javanese demon queen of the leyaks. This power trio is an instrumental psych rock and no wave-styled noise unit. Its members are guitarists Sir Richard Bishop (Sun City Girls) and Ben Chasny (Six Organs of Admittance, Comets on Fire) and drummer Chris Corsano.

While perhaps not as fearsome as their evil, child-chomping witch namesake, Rangda rustle up some wickedly extreme sounds on the six improv-noise blowouts and psychedelic reveries woven into their debut ‘False Flag’, many of which could curdle your marrow if you’re not careful.