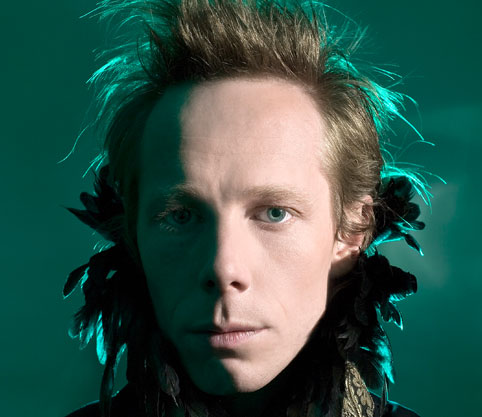 Norway’s finest avant-garde guitar virtuoso Stian Westerhus has just released his new album ‘The Matriarch And The Wrong Kind Of Flowers’, which has been garnering rave reviews across the board so far. John Kelman of All About Jazz was one of the critics who found themselves floored by Westerhus’ talents, claiming that –

Conventional constructs hold little sway in Westerhus’ music. Whether striking the strings with his bow, sawing them vigorously, or somehow creating both a sustaining sonic wash and unexpected melodic motifs in real time, these nine pieces— without any hat-hanging hooks or predictable form—manage to be moving and memorable. It’s hard to imagine an artist evolving this rapidly, but taking the frog leaps of Pitch Black Star Spangled over Galore, and now the stunning The Matriarch And The Wrong Kind Of Flowers over Pitch Black, it’s hard to imagine what will come next. But it’ll be worth the wait.

You can read all of Kelman’s review here. Stian clearly likes to keep himself busy, and in addition to finishing off this album and preparing for his appearance at Supersonic Festival, he’s somehow found the time to release a collaborative record with singer and fellow Norwegian Sidsel Endresen, entitled ‘Didymoi Dreams’. The Guardian’s John Fordham awarded the album 4 out 5 stars, describing it as being –

You can read the rest of Forham’s review here, and stream tracks from both of these records over at The Wire’s website. Stian Westerhus will be bringing his otherworldly guitar playing to Supersonic Festival on Saturday 20th October, an essential opportunity for fans of experimental music!