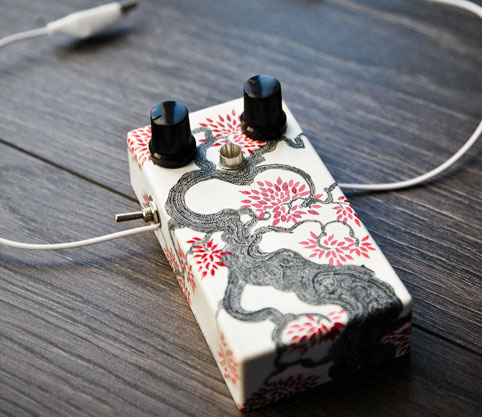 To celebrate 10 years of Supersonic Festival, musical instrument designers MortonUnderwood have created ten unique noise box synths as a gift for Capsule. Each one is hand-painted by a talented designer in the Supersonic 2012 colours. The result is a beautiful set of bespoke synthesisers which capture both the visual and sonic aesthetic of the festival.

MortonUnderwood will be bringing  more boxes and merchandise along to the Supersonic stand in the Market Place. Come and try them out or just pop along to meet Sam and David. 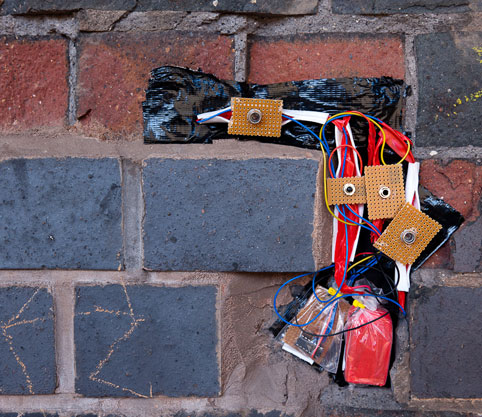 Walking the streets near to VIVID and Supersonic Festival, the ubiquitous signs of neglect passing you by. Set into a decaying wall there is a headphone socket. You unplug from your own music and plug yourself into the city. The sounds you hear are of and from this place, dark and decayed.

Artist Sam Underwood will tour his Sonic Graffiti during the festival, meet him on Friday 21st October at 8pm, or Sunday 23rd October at 8pm outside VIVID – bring headphones.

Sonic Graffiti is a co commission between Capsule and VIVID and is part of an experimental season entitled Crash, stimulated by the vision of J.G. Ballard.