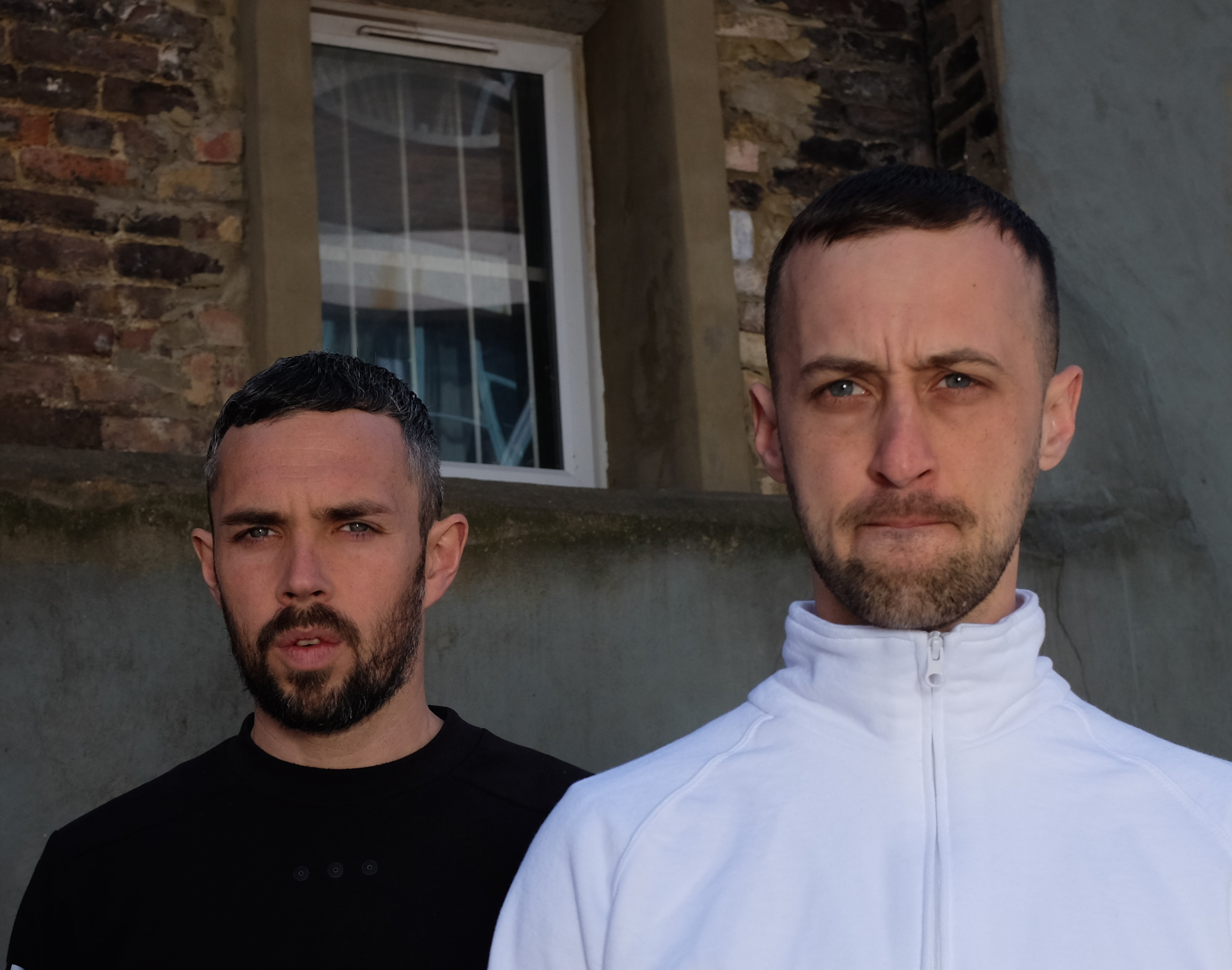 ‘Raime are past masters of sombre carnage, and this here is their moment.’ – THE QUIETUS

Raime are Joe Andrews and Tom Halstead, a London-based duo seeking to re-establish electronic composition as a physical and emotionally inquisitive force. Since the turn of the decade, via a stunning debut album, three sold-out EPs and a string of imperious live outings, Raime have honed an aesthetic all of their own.

According to Pitchfork, the music this London based duo creates is ‘the soundtrack to a lonely night out’. Since their debut with Quarter Turns Over A Living Line, Joe Andrews and Tom Halstead have become avid contributors to the growing popularity of bleak, minimalist electronic music.

Raime’s musical grounding lay in Detroit techno, jungle, and bass music but drawing from an eclectic array of influences, they leave the interpretation of their own concoctions to the rumination of the listeners. Why settle for EDM when you can channel 80s industrial and goth techno?

“When you first listen to techno and you come across Detroit, the whole universe opens up”

Amid the dark, industrial post-rock influenced textures, unsettling beats pulsate like a throbbing headache in your temple. Conjuring up imagery of a barren dystopia, piercing dissonances interject the anxious layers of electronica and moody guitar lines.

“It was great to find this area of music that was even more bonkers [than techno], but that came from people like us – from some dude in Norwich banging something.”

Read about Raime’s quest for RAWNESS with The Guardian [here]

Raime’s second album, Tooth, arrived in June 2016. The widescreen melancholia of their 2012 debut, Quarter Turns Over A Living Line, has given way to an urgent and focussed futurism, in the shape of eight fiercely uptempo, minimal, meticulously crafted electro-acoustic rhythm tracks. The DNA of dub-techno, garage/grime and post-hardcore rock music spliced into sleek and predatory new forms.

‘It’s a spare, near-monochromatic palette, well fit for its immediate purpose. The result is an album that takes its lead from bands like This Heat and Ike Yard but boils their urgency down to a throbbing core of contemporary dread, all the propulsive rhythms tied up in knots.’ – RESIDENT ADVISOR

If Quarter Turns was an album that confronted total loss and self-destruction, even longed for it, then Tooth is the sound of resistance and counter-attack: cunning, quick, resolute; calling upon stealth as much as brute-force. It is bold and original new music: staunch, rude, and way out in front.

Raime recently returned with a new 12″ single for Blackest Ever Black in the last week of February this year, featuring two new tracks, recorded after last year’s Tooth album…and it sold out fast. But a new batch is ready which you can purchase [here]

“Dance music has always been the backbone of our influences so propulsion comes pretty naturally, but we really started getting into bands a lot more over the last seven years or so and experienced what they can offer dynamically. We thought it might create more immediacy and ultimately move our sound on. We realised that we wanted to change the way we were saying things, lay a few old tropes to rest and try something new, ultimately learning how to make records according to different rules.”

With this in mind, we can’t wait to see what Raime will do for their live set. What physical force will they assemble to express their punishing rumble of gothic dub to our Supersonic audience? You’ll just have to wait and see!