This is a real coup for Supersonic 2011 and we’re immensely proud to bring these artists together.  Operating in a free zone that’s not afraid to groove, to open up space or to pummel the senses with frantic assault, FIRE! are a living, breathing organism.  An organism that at Supersonic will be joined by the minimal guitar composer Oren Ambarchi.  Who, then, are FIRE!?

1. Mats Gustafsson – sax/electronics
Gustafsson is a sax player, improviser, live electonics manipulator and composer who sounds as if he’s melded with his instrument.  Born in 1964 in Umeå, Northern Sweden, he’s been seen in the UK most recently as part of the Brass Unbound collective playing with legendary Dutch DIY team The Ex.  But he’s also worked in projects with the likes of Peter Brötzmann, Sonic Youth, Merzbow and Otomo Yoshihide, and is seems to be never afraid of what each situation will bring.  If that wasn’t enough, he’s also a producer of international festivals and concert tours as well as running his own record labels Slottet, OlofBright Editions and Blue Tower Records.

2. Johan Berthling – bass
Johan Berthling was born in Stockholm 1973. Since studying at the Royal Conservatory of Music in Stockholm (1996-1998) he has worked as a freelance with jazz, improvised music and more. One of his main projects is the minimal, experimental pop outfit Tape, of whom The Wire recently said, “Tape organically blend balsa-light acoustic textures (guitars, percussion, winds and brass) with a range of organs and a gentle yet firm digital pressure.”

3. Andreas Werlin – drums/percussion
Born 1982 in the vast snow of northern Sweden and later on raised on the small west coast village Strömstad, Andreas Werlin is best known for the inventive electro-percussive band Wildbirds & Peacedrums that he shares with his wife Mariam Wallentin. Their 2007 debut album saw them awarded the Swedish Jazz Act of the Year award, which gives you some idea of just how varied and original Andreas’ work is.  With improvisational music at the heart of his playing, he is today a part of many acclaimed bands like Wildbirds & Peacedrums, Dan Berglund’s Tonbruket and Loney Dear. Werlin has also written music for theater and film.

4. Oren Ambarchi – guitar
In his own words when asked what people can expect of his collaboration with FIRE!, Ambarchi says:
“In all honesty I don’t know what to expect as the Supersonic show will be the first time we’ve worked together. Additionally I’ll be flying all the way from Australia for 30+ hrs, landing at Heathrow, driving straight to Birmingham and hitting it immediately so…it should be awesome, hahaha.”

There you go.  Don’t worry about FIRE! – it’ll just be awesome. 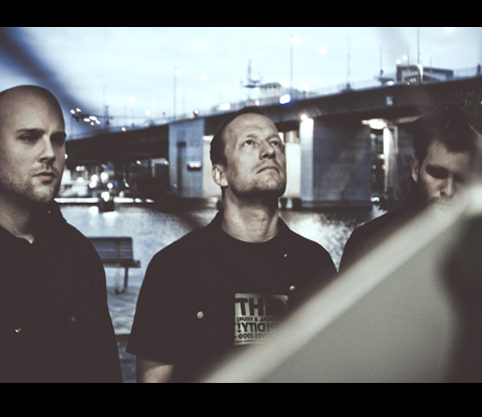 FIRE! is a high calibre allstar combo from Sweden featuring Mats Gustafsson from The Thing (saxophone/rhodes), Johan Berthling from Tape (bass) and Andreas Werliin from Wildbirds and Peacedrums (percussion), now with added firepower on this special run of dates courtesy of Australian drone lord and Sunn O)))/Gravetemple alumnus Oren Ambarchi (guitar/electronics). Their sound is a frenzy of monolithic rock textures, scorched electronics, kosmiche grooves and
an all-channels-open free jazz spirit, all amped up at blistering psychedelic voltage.

FIRE! released their debut album “You liked me five minutes ago” through Rune Grammofon in 2009. A new LP featuring Jim O’ Rourke on guitar is on the way. They keep good company and coax a sound that engulfs your expectations and stretches taut grooves into endless panned-out vistas and back.

This performance is presented in partnership with Birmingham Jazz