“NOT SAFE IS HOW ART EXISTS. NOT SAFE FOR WORK IS THE WORK.” – Jenny Hval

Returning to our stage once again with her rapturous sound, Jenny Hval. She is an artist who’s extensive archive projects a stunning mass of expression; music, literature, visual & performance art, all coalesced into one body.

The New York Times defines her writing as “taking a scalpel to the subjects of gender politics and sexuality.” and with her most recent album ‘Blood Bitch’ co-produced by noise artist Lasse Marhaug, she boldly continues on with her incisions with delicate precision.

Gender fluid, Art-form fluid and Physical fluid. Fluidity itself is an ideology which flows through Jenny’s artistry.

With early beginnings as vocalist in a gothic metal band called Shellyz Raven, to studying creative writing and performance in Australia, Jenny arrived back in Norway in 2006 and released her debut EP Cigars which was nominated for a Spellemannprisen (the Norwegian equivalent of Grammy awards).

Adopting the name Rockettothesky, she then went on to release two studio albums – To Sing You Apple Trees in 2006, and Medea in 2008. This is where we could try and define the earlier albums and their genres and outline the progression into the mix of genres Hval has arrived at now…but this would be counterintuitive to the representation of Jenny as an artist, as her interdisciplinary art cannot simply be pigeon-holed into music genres, or even ‘experimental’.

“…it’s a disease to call everything experimental because everything is experimental…I mean, it’s experimental to live! So that’s why I keep returning to ‘I make pop music’. It’s also because I’m not so interested in being put anywhere, and that’s not because I think it’s wrong to be put in boxes when an individual writer says something about my work. That I don’t think about so much. The fact that I’m asked so much and people seem to be so in need of placing music on a map….you can ask me but I think it’s maybe more fruitful to turn around and ask why do we need to? And why do we need to say ‘Jenny Hval is not pop music?’ Why is that so important to us?”

Rather than genre, there are coherent themes in Jenny’s work, spanning the audio and visual. Her artistic voice is altogether present, accessible and obscurely complex at the same time. Much like in her interviews, she turns and questions the audience.

Her live show has gradually progressed from a more traditional live band set up to an avant-garde performance with costumes, dancers, speeches and live DJ. This seems to be a return to the art forms she originally studied and a more organic vehicle to deliver the messages within Hval’s complex art; as a performer, she seems totally free.

Under her own name, the prolific artist has released 4 more albums, Viscera (2011), Innocence Is Kinky (2013), Apocalypse girl (2015) and in 2016 most recent album, Blood Bitch. The latest release seemingly encapsulates many of her previously visited themes; artistic ritual, failure, capitalism, blood – but this time through a different, more positive, playful gaze.

“where Apocalypse dealt with, ‘you look at yourself in the mirror and you fail’, this one is like ‘oh, but I can walk through the mirror’ and there’s a crazy, creative realist world there I can partake in instead.”

With the release of numerous captivating online video’s to accompany the tracks and a newly curated show, Hval has innately created an alluring atmosphere around this album with her collaborators.

For an in-depth interview with Jenny visit [here]

Jenny Hval and co. brought the new show to UK audiences last night in London and collaborated with the incredible make-up artist Lone Taxidermist. Check out the Instagram [here] for a sneak peak into what’s to come at Supersonic Festival this year. 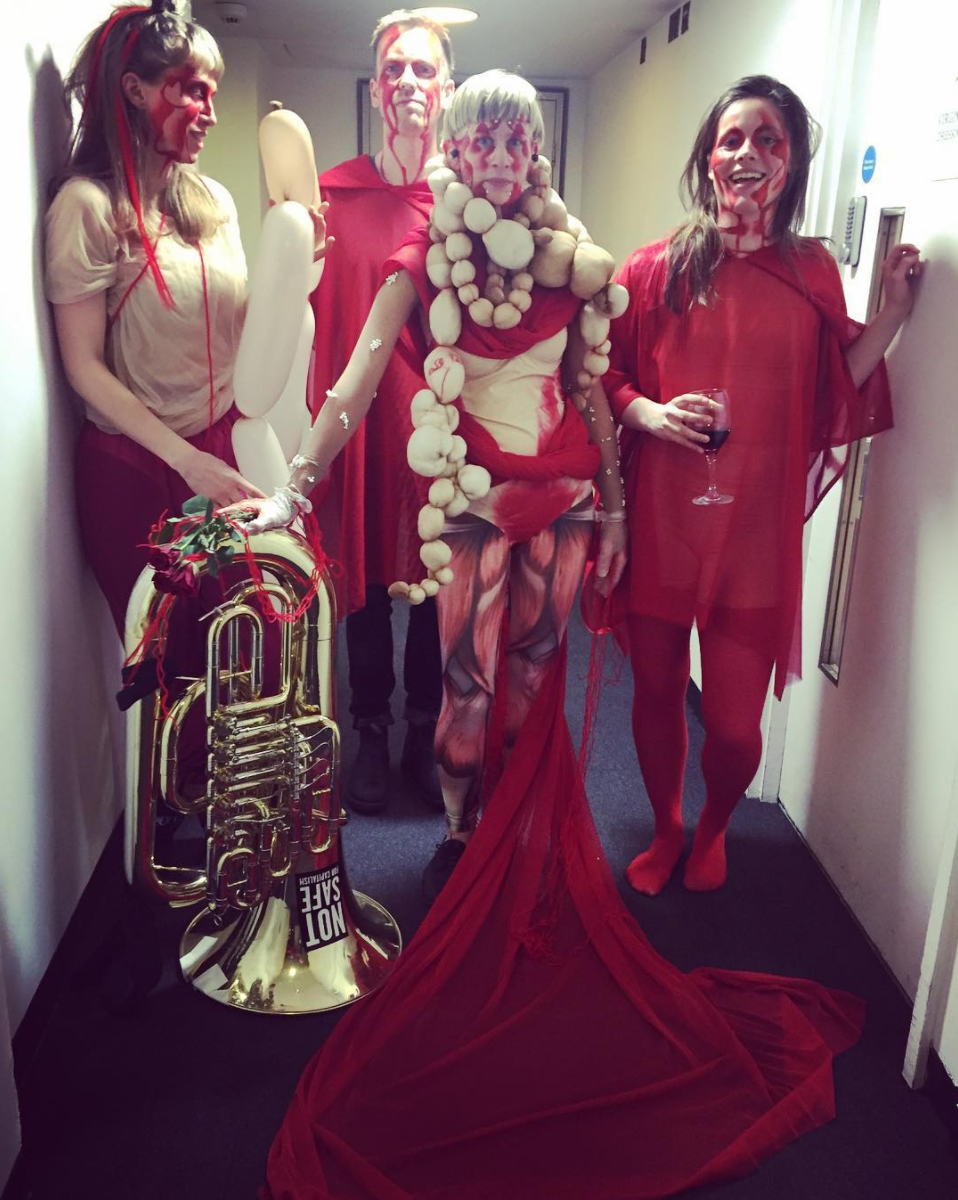 We anticipate that after her performance this June we will all be in awe and questioning, in the words of Jenny herself taken from her last tune on the Blood Bitch album, ‘Lorna’:

“Does anyone have any language for it? Can we find it?”

Do not miss her set at Supersonic. Tickets on sale now. With group ticket offer available: 5 for the price of 4. [here] 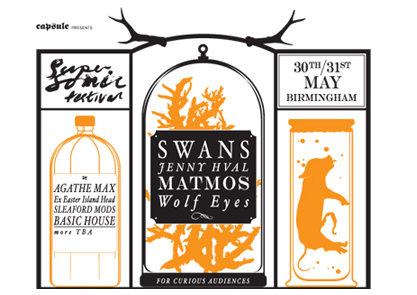