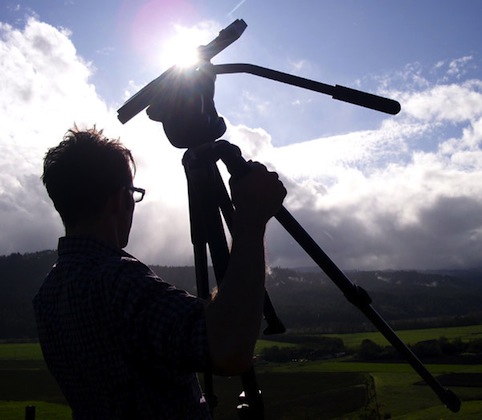 Blood, Sweat & Vinyl is a documentary film by Kenneth Thomas focussing on the artist-run record labels Hydra Head, Neurot, and Constellation, and their many associated bands. Thomas considers the film to be, in part at least, an answer to those who question where the spirit of punk rock is today. Including the thoughts and experiences of artists like Neurosis, ISIS, Godspeed You! Black Emperor, Pelican, Oxbow and Evangelista, the film promises to be an in-depth and illuminating look at the connections and networks built up by artists committed to uncompromised work and self-expression.

Scott Kelly (Neurosis/Neurot): “It’s not just a business we’ve started, it reflects on our entire adult life.”
Seldon Hunt: “It’s a strange thing that metal has a strange image of being kind of childish and kind of stupid.  In a sense, it’s the 21st and late 20th century equivalent of classical music.”
Aaron Turner (Hydra-Head/ISIS): “It’s part of this larger extended network.  To me that’s one of the most satisfying parts, just making connections and being involved with the really active, progressive, interesting community of musicians, labels and artists.”

Kenneth Thomas has spent the last 15 years capturing and displaying a unique vision via his multi-disciplinary skills in shooting, directing, editing, and photography. His primary interest is in documentary work which focuses on capturing authentic experiences. Thomas’ previous work includes directing music videos and filming for The Residents, X, The Chameleons UK, Queens of the Stone Age, ISIS, Neurosis, Yanni, Bruce LaBruce, William Shatner and many other artists.