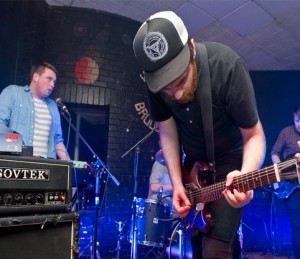 I dare you to type Hookworms into Google. What you will be treated with is a selection of images that will be enough to make you bring up your dinner. A Hookworm is a parasite that feeds off its chosen host, making them weaker and itself stronger; what an awfully fitting reference. Hookworms are a band that beat their audience down to the ground with noise, repetition and psychedelics. As their audience gets lulled into a state of confusion whereby they are unaware of which way is up and which way is down, Hookworms make their bass stronger, bounce their vocals around and create a tornado of sound that will suddenly and unexpectedly knock you off your feet.

Does this all sound slightly unfair? Being aurally abused by a band who have named themselves after something that may live in your intestines? Of course not. Because what Hookworms promise to bring to the stage is more than music; it is a cataclysm of sound itself, a ripping up of the rule book and a set of pure escapism.

The band hail from Leeds, a place where a new music act seems to pop up every hour, but Hookworms are different to other various incarnations of sound. For example, their first EP was released on cassette tape- an interesting choice as I think 95% of people have longed ditched their trusty tape recorder in favour of something slightly more 21st Century. You cannot help but respect their decision however, as it makes you think; it is only the people who really want to listen to their music who will go out, dig out a device to play the tape on, get some new batteries and sit back ready to revel in 8 minute tracks that will make them seriously wig out. 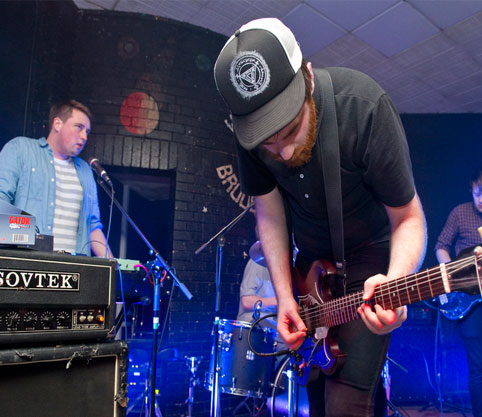 “Hookworms fling themselves headlong into classic 80’s/90’s psych-rock like they’re trying to break something. Hailing from Leeds and cramming themselves giddily within the well established formal properties of the genre, they walk the scorched road behind Loop, Spectrum, and any other titan of two-chord songs who’s ever slowly wah-ed a chord until they saw colors.” – Cameron Stallones (SunAraw/Sun Ark)