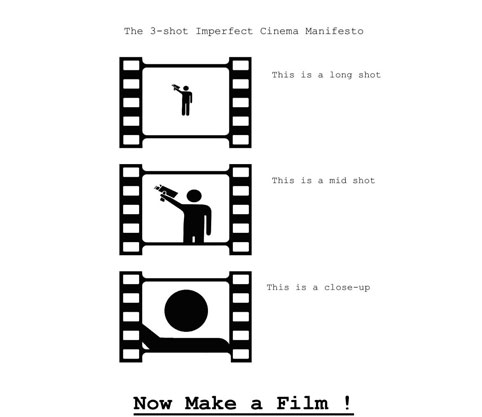 Plymouth’s Imperfect Cinema are keen proponents of DIY culture, specialising in exploring participatory production as a way to democratise and open up film making to individuals from all walks of life, reclaiming this art form from the high production values and billion dollar studios that many believe have corrupted it. With this year’s ‘Halide-Oxide’ workshop, the collective will be inviting the audience to arm themselves with vintage/redundant filming equipment (the titular ‘halide’ of super-8mm film and the ‘oxide’ of audio cassette tape used to capture video) and shoot the unique post-industrial setting of the festival, hopefully capturing some of the stark, mechanical aesthetic that played such a pivotal role in the creation of Heavy Metal. This footage will then be used in two different ways; Imperfect Cinema will be using some of your footage as an alternative visual document of the festival which will form a unique part of the archive of its tenth anniversary, and the rest will provide the visual backdrop for noise-rock titans Drunk In Hell’s set the next day, granting a unique opportunity to directly influence the very spirit of the festival itself!

To book a place at this workshop, please email [email protected] with ‘Imperfect Cinema’ in the subject line.

Speaking of Drunk In Hell, the band have recently made their demo cassette available as a free download via their Bandcamp page – a vicious, snarling recording doused with liberal splashes of piss and vinegar. If you abandoned Unsane and Eyehategod in a damp cardboard box on the cold streets of Middlesbrough, then checked back in on them a few weeks later, the aggressive, hopeless sound they’d be unleashing wouldn’t be a million miles away from Drunk In Hell’s cathartic uproar. To give you a further idea of what to expect, the band have also uploaded a full live set from Leeds last year, but we have a feeling not even this furious recording will adequately prepare you for the full-on brutality that these guys are going to bring to the Supersonic stage this year.

You can catch Drunk In Hell performing on Saturday 20th October – just don’t expect to come away unscathed!