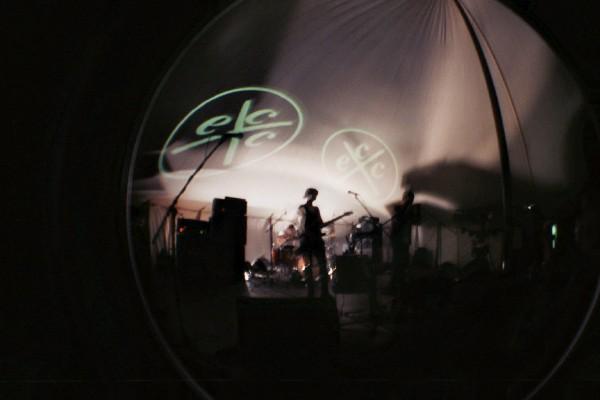 Factory Floor are the latest good band to come out of East London. They play using vintage analogue equipment and tape loops to create abrasive electronic music, layered in feedback, with insistent Krautrock bass lines and obligatory Ian Curtis post-punk vocals. Not many bands manage to combine noise guitar and dance beats, but Factory Floor make XTRMTR-era Primal Scream sound like Shed 7. They’re all the best bits of Sonic Youth and Throbbing Gristle, with Giorgio Moroder disco electronics and Kraftwerk beats, an inspired combination.
Describe your music for those who might not know it?
Nic: Electronic, semi-improv, simple structured tracks. Loud, hypnotic – deep bass arpeggiators revolving around minimal psych vocals, metallic guitar and metronomic drums. Brutal, but cleansing at the same time.
Your career highlight to date?
Nic: Working with Stephen Morris from New Order and Chris Carter from Throbbing Gristle. Having our tracks remixed by Gavin Russom (DFA), Dean Allen (No Age), and Angus Andrew (Liars).
If you had a to pick a line up for a gig with new bands from right now, who would it be?
Nic: F**k Buttons & Gavin Russom – both innovators in today’s electronic music.
What is your favourite iconic LP cover?
Nic: Throbbing Gristle’s ‘20 Jazz Funk Greats
Can you name one place that is special to you anywhere in the world and has a musical connection?
Nic: The Institute of Contemporary Arts in London. So many important barriers were crossed, blurring and exposing the notion of music and art inhabiting the same box.
What was the last LP you bought?
Nic: A Synthetic History of E.M.A.K 1982 – 88. Amazing!
Tell us what’s coming up for you in 2010 and beyond?
Nic: Releasing our debut. Performing with filmmaker Chris Cunningham. More from FFF – Factory Floor Film. And exhibitions; our film ‘Solid Sound’ is being exhibited in New York in November curated by Richard McGuire from Liquid Liquid.
We’re performing at ATP (All Tomorrow’s Parties), Iceland Airwaves festival, the Royal Albert Hall for Rough trade, and Supersonic festival with Swans and Michael Rother from Neu! We’re also working with Simian Mobile Disco.
And we’re releasing our collaboration track with Stephen Morris on Optimo Records along with a b-side remix by Twitch before the end of the year.
Introduction by us. Interview by everyones favourite Menswear store, Topman.
SHARE: