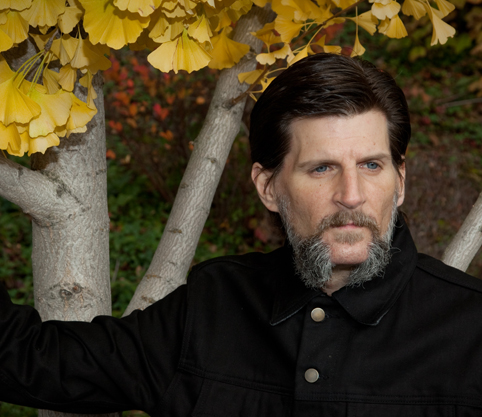 Drone fans have been anxiously anticipating what Earth main man Dylan Carlson’s solo material was going to sound like, but the wait is almost over. Carlson is due to release ‘La Strega and the Cunning Man in the Smoke’, his first record under the name Drcarlsonalbion, as part of Southern Records’ prestigious Latitudes series (which has previously seen exclusive releases from the likes of Bardo Pond, Grails, Ariel Pink, Bohren & der Club of Gore, Haxan Cloak and many, many more) on October 16th, and the first few reviews have started to trickle in. The record consists of 7 folk inspired tracks and a cover of PJ Harvey’s ‘Last Living Rose’, and judging by these quotes, it sounds like we’re in for a treat –

Where to even begin with this album? Much like the mellotron and field recordings of ‘Edward Kelley’s Blues,’ the genesis can found in a recent trip to the British Isles, with Carlson researching our indigenous folklore and traditional faire folk. The probing field recordings lend levels of abstraction to gently spoken poetry; a sound which is somehow both atonal and blissfully melodic.

Carlson has created something evocative and quite special. Transplanting the droning guitar style he uses with Earth and using it as musical bed while shimmering and almost bluesy guitar licks are laid over the top. Boozily drifting past and literally sounding like orange-drenched Autumn sunsets across a glade in the forest. I know, right?

Tight To The Nail Reviews

You can read all of Rob Batchelor’s review here, and click here to read Tight To The Nail’s analysis. ‘La Strega and the Cunning Man in the Smoke’ is released on October 16th. Carlson will be touring the UK in support of the record, culminating in a performance at Supersonic on Saturday 20th October. We can’t wait!