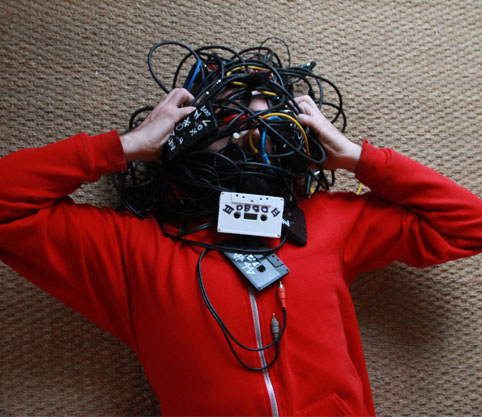 Part of the Small but Hard showcase, C_C (aka French artist Eduardo Ribuyo) is a master of handmade beats of analogue feedback loops. It’s gonna be a noisy night. Here’s a taster of his album, due out 1st September 2012

“After listening to a lot of jungle, dub and breakcore, Eduardo Ribuyo had his brains blown when he met NHK, aka Kouhei Matsunaga. The ensuing metamorphosis brought us C_C, master of handmade beats and analogue feedback loops. Taking k7 tapes as his primary material, and sourcing sounds from anything and everything, C_C produces heavily textured music breathing, repetitious, and deep. Live performances envelop, soupy and treacly, moving incognito through his signature improvised flow.”

For fans of Dead Fader, Devilman and Muslimgauze.