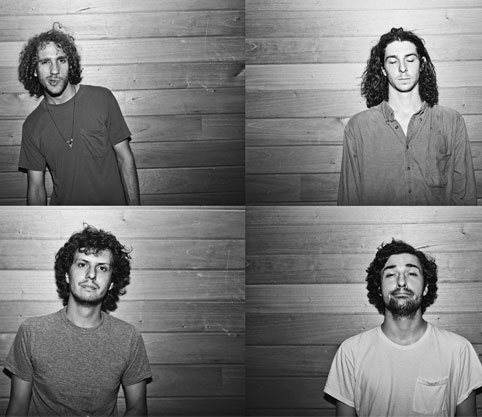 Baltimore’s noise rock heroes Dope Body are clearly as excited as we are for their iminent European invasion! The band have recently prepared this short video as an indication of the kind of pure rock carnage we can expect when they hit the Custard Factory in October. Here’s what they had to say about these shenanigans –

Natural History ain’t yet history; in fact, the latest Dope Body LP stands firmly on phantom stumps with growing bumps – that is to say, it just keeps moving. Now, it’s actually moving the band internationally – across the Atlantic ocean and over to the freaks in Europe for the first time, where they’re sure to be most receptive to the skunky Dope Body funk. It’s no permanent vacation, no – these dudes are on a tour mission, one that rips right through the European heartland as well as a healthy squeeze through the passages of that Kingdom, United. WTF, though- let’s stop talking and get to rocking! The tour kicks off in the ever approaching days of October. Meantime, let’s take a fist-hand peek into the world of Dope Body and all its excesses via this tour vid teaser:

Dope Body will play as part of Supersonic Festival on Sunday 21st October – don’t miss out!