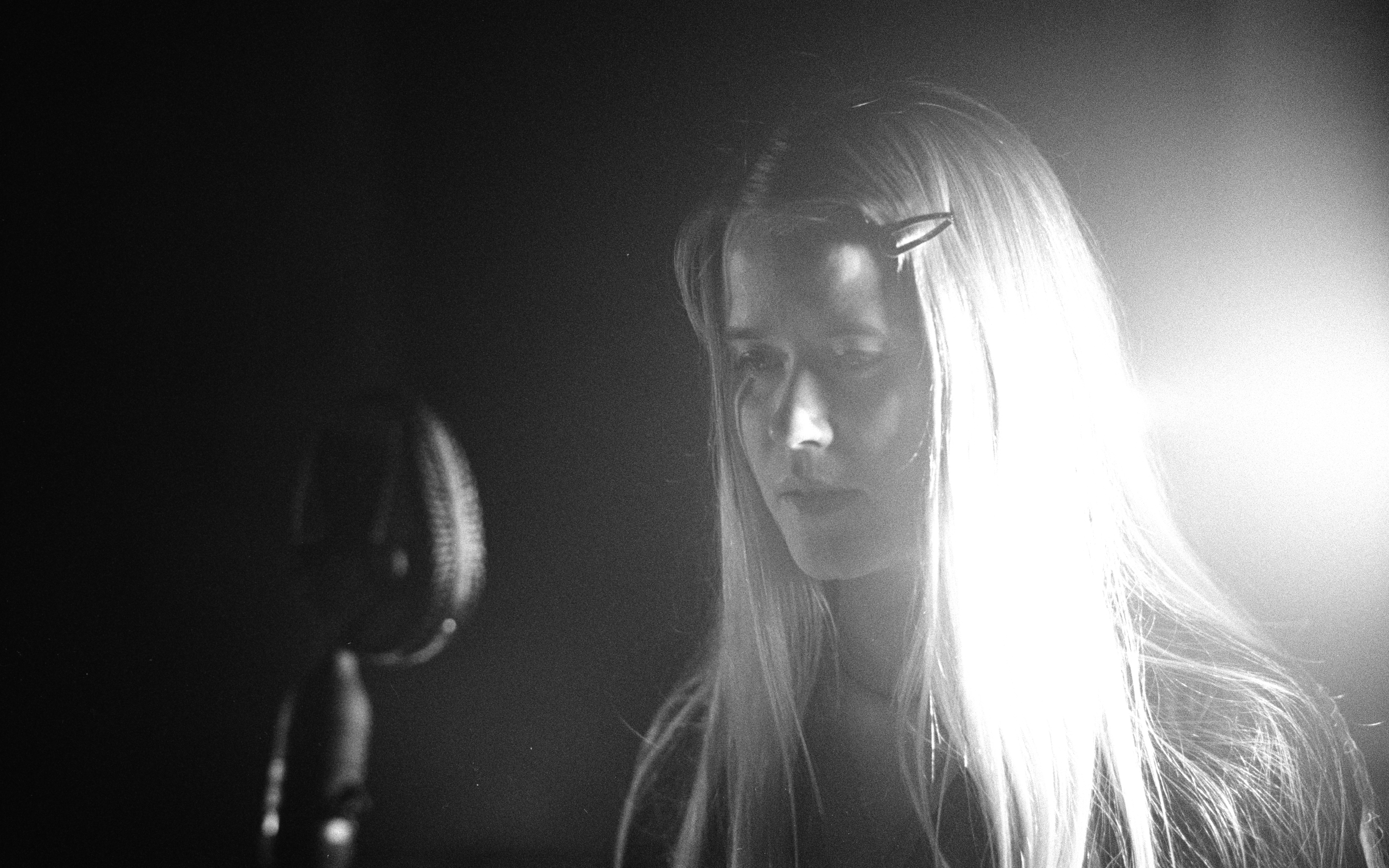 I see it very clear

The tree, the spring, the history, the spirits that are there

The picture of a place

I see myself inside the house

Seated at the historic 1834 organ, the launch of this year’s festival in Birmingham’s Town Hall is lead by the formidable fingertips of Anna Von Hausswolff.

Since her debut 2010 album ‘Singing from the Grave’, she has gradually developed from a more self-contained, intimate chamber-pop sound to a gargantuan, ethereal beast of sonority which totally envelops the listener, evident in most recent 2015 album ‘The Miraculous’.

“The genesis of The Miraculous is a tangled backstory. Inspired in parts by a previous song she had written (the 20-minute epic, ‘Källan’), a book by the same name (by Swedish author Walter Ljungquist), a Russian war film (1985’s Come And See) and, most intriguingly, a magical childhood place that Anna still visits regularly and that she calls the ‘miraculous’. Anna talks about the place with a sense of wonder; the unnamed spot is an area of breathtaking natural beauty and once provided the backdrop to a bloody uprising, and is now entwined with fantastical stories created by family von Hausswolff.”

For a fascinating insight into the conjuring of ‘The Miraculous’ album, courtesy of The Quietus, delve [here]. 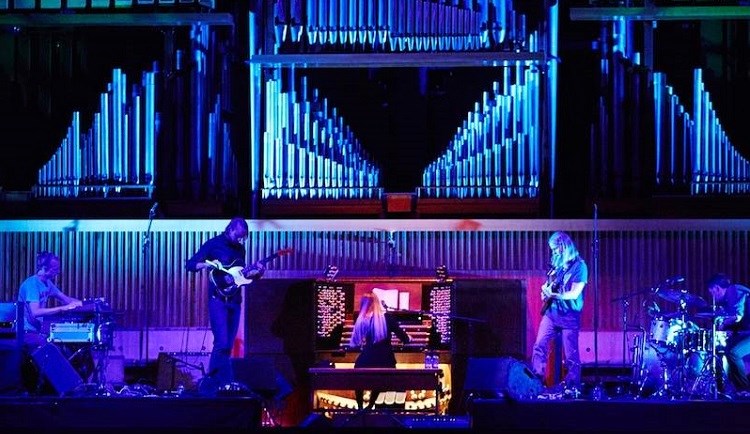 Hailing from Gothenburg, Sweden, Anna Von Hausswolff is the daughter of avant-garde sound artist Carl Michael Von Hausswolff. Surrounded by art and creative minds all her life, Anna began singing in choirs and attended music high school where she studied music in a very traditional classical setting. In the spring time, her family would listen to Tchaikovsky and eat waffles. At 15 she began blending classical music elements into pop structures and wrote her first song at the piano. She released her debut single ‘Track of Time’, on 5 February 2010.

Although she says that now, in some ways, she is not so far away from that 15 year old girl – 15 years on it is clear how her compositional approach has broadened as she speaks of capturing the sound of tree-bark on her latest album, not by recording the sound but by creating an image through musical interpretation. Her music has become even more sonically aware & sophisticated – perhaps an influence of her fathers? Or too, the masters of noise rock SWANS whom she toured with last year?

Whatever Anna’s sonic choices, she remains entirely emotive. Relying on intuition to guide her through the song-writing process. It starts with a pattern on her synthesised organ, if it settles it repeats, a pattern then grows and if the urge takes her she sings but if it doesn’t the piece remains instrumental. Quite simple really. The complexity that follows is in the intricate arrangements and carefully positioned microphones to capture the necessary frequencies from the pipe organ to create a vast sonic landscape. And this is what is so captivating about Anna’s music; the simplicity juxtaposed with ornate detail.

Having toyed with organ synthesisers, it wasn’t until the first day of recording ‘Ceremony’, her second album released in 2013, that she played a real pipe organ for the first time and then went on to write 2 albums with this instrument at the helm. She’d also entered the world of Drone music, listening to the likes of Earth and Barn Owl. Her first live performance on a pipe organ was at Lincoln Cathedral that same year and in rehearsal, the church staff voiced fears her playing was too loud for the legendary Henry Willis organ, and banned her from playing on certain reed pipes, which meant rearranging the 20minute long piece ‘Källan’ entirely. Then, just 30 minutes before the show after practicing again she was banned from using any of the reed pipes at all.

“It was the first time I was going to perform my pieces in front of an audience on a real pipe organ and I panicked. I needed to accept what the staff were saying as if I broke the organ I wouldn’t be invited to play a pipe organ show ever again. I totally improvised the second part of the piece ‘Källan’ in front of the audience and, while it was very scary, it went really well. It was a new kind of audience for me as it was an experimental music festival where I thought people might be listening in a more thorough way. I thought they might see through me and think me an amateur, but I was very focussed on the sounds I was making, and as ‘Källan’ is quite a slow piece, I had time to think about the next part. I learned that in those situations even if things take an unexpected turn, you can work your way from that point.”

With great skill, comes great improvisation. A key feature now in Anna’s music. Her live shows are an ever changing exploration of her songs and their structures. With ‘Ceremony’ she explored themes of Death and the dominating, heavy sound of the live organ. Anna says, ‘Death is a good reminder of what you should be concerned about.’ and nothing summons up this sentiment more than the sound of the pipes calling.

And they called her back for third album ‘The Miraculous’.

Another totally enigmatic element to Anna’s sound which is important to note is – her voice. And it seems with her most recent output it has been unleashed to it’s full potential. Moments of Bjork-esque cascading fragility are soon upturned with bone-shattering shrieks and growls, harking the influence of Diamanda Galás.

Upon reflection, Anna describes ‘The Miraculous’ as conceptual in the sense of capturing the atmosphere of ‘a place’ but equally a very emotional, personal endeavour. To understand this album is to somewhat understand the artist as a whole and her journey to date. It is how she sees ‘the place’ today and how some things have lingered on and some things she’s left out purposefully as they’re no longer ringing true.

In interviews, Anna doesn’t want to get in to the geography of ‘the place’, ‘The Miraculous’; she is more interested in preserving it’s sanctity. It is sacred. Much like her choice of instrument in the pipe organ. Both ‘the place’ and the organ are somewhere Anna embarks on a pilgrimage to; unmovable, abstract yet tangible. And when she arrives she sees ‘the history present itself’ to her which she then interprets into something new and deeply fascinating.

We at Supersonic cannot wait to bear witness to what this gothic tour-de-force will present us with this June as she launches this year’s festival.

Weekend Plus tickets include her opening concert on Friday night at Town Hall – they are on sale NOW!