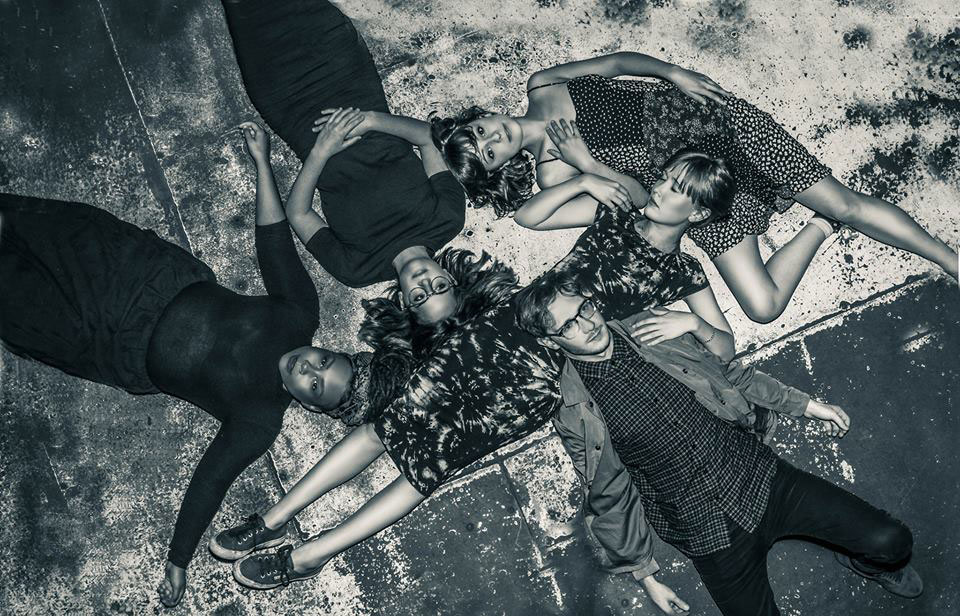 Dorcha is a 5 piece Birmingham band of synths, strings, electronics and heavy beats, led by composer – Anna Palmer. Drawing from an eclectic array of influences and musical backgrounds, Dorcha is a continuing exploration through alternative songwriting. From classical to punk, trashy pop to psychedelic math-rock with some swooping electronica thrown in between; the band career through intensely dark synth-laden gristle to moments of gentile and delicately-stringed reverie.

Since launching their first full-length album ‘Black Streams‘ in 2015, the band’s genre-defying sound has been praised by BBC 6 Music’s Stuart Maconie on his Freak Zone and they’ve shared line-ups with the likes of Deerhoof, East India Youth and Dream Wife.

Through curating their own multidisciplinary events with artistic collaborators, the band has produced an enigmatic live show accompanied by visuals which continues to excite and bewilder diverse audiences.

Last week the band released a new interactive website, built by Phil Dawson and designed by Beth Bellis. You can explore it by clicking here!

In conjuncture with the new website release the band have launched a new collaborative experiment: ‘The Miniatures Project’. As the band explain:

“One day, Anna was wearing a different head and wrote some tiny guitar tunes that don’t really sound like any other Dorcha. We had a real laugh playing them but didn’t know where to place them, so we’ve put them in a house in our brand new website.

This is their home now. And we’re extending the family.

These tunes sparked a new idea to invite others to write for Dorcha. Different heads, same body. We’ve asked 9 other artists from varying musical backgrounds to create a set of miniatures for us to play and record in a day. Over the course of 2017 we’ll release a set of Mini’s a month – starting NOW with Anna’s Guitar miniatures. Get your chops round this!”

Welcome to the weird and ever changing landscape of Dorcha! Who knows what these local Brummies have in store for Supersonic 2017?

GET YOUR TICKETS FOR SUPERSONIC NOW!!!

Also appearing at Fat Out Fest on the Supersonic stage