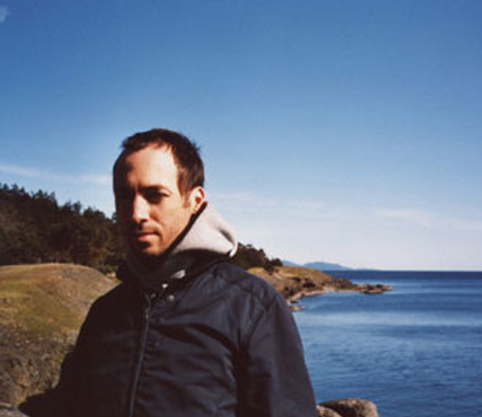 Tim Hecker is a master of sound, crafting beautiful waves of feedback and allowing them to gently wash over you whilst anchoring them to a rich, melodic core. Hecker has established himself as one of the world’s premier ambient musicians, but just in case his charms have somehow passed you by, here’s a brief taster of some of his impressive discography to prepare you for his set at Supersonic this year…

Hecker’s debut album was a startling mixture of glitchy electronica and post rock melodies, ammounting to a stunning ambient soundscape that signalled the sound of jaws hitting the floor worldwide. Hecker summoned all of this using only guitar, piano and a laptop, an early indication of how much sonic depth Hecker is capable of wringing out of basic instrumentation.

Hecker’s third release revolves around a somewhat bizarre concept; the dissolution and break up of the band Van Halen. Taking snippets of interview footage and using Van Halen songs as sound sources, Hecker constructs a narrative chronicling the rise and fall of the band, set to a melancholy precession of electric drones and soothing, crackling ambience.

‘Harmony In Ultraviolet’ is perhaps Hecker’s masterpiece, a monolith of sensual ambient waves that caress and envelop the very core of your being. The album’s lucid flow and incredibly affecting tones create the perfect sonic caccoon in which to wrap yourself in and forget the world. Few ambient records are as immersive and emotive as ‘Harmony In Ultraviolent’, the record in which Hecker truly came into his own. Essential listening!

This album found Hecker in collaboration with Nadja’s Aidan Baker, a combination that makes perfect sense given both individual’s penchant for deep, warm soundscapes. Songs like ‘Hymn To the Idea Of Night’ and ‘Auditory Spirits’ perfectly illustrate how nuanced Hecker and Baker’s sonic craftsmanship has become, whilst the extraordinary ‘Skeleton Dance’ pits Baker’s droning guitar wails against Hecker’s keen ear and intricate feel for sound manipulation. The results are astonishing, and will surely captivate anyone with an interest in ambient music.

Following his stunning new record ‘Ravedeath, 1972’, Hecker released this EP consisting of his untreated source material for the album, a revealing glimpse into his working process. A very different beast to ‘Ravedeath’s expansive, widescreen scope, ‘Dropped Pianos’ is a sparse yet incredibly intimate collection, showcasing the kind of stark, elegant beauty that some artists spend their entire lives trying to attain; if ever more evidence were needed that Hecker is a master of his craft, just allow these delicate sketches to caress your ears and you’ll see what we mean!

Tim Hecker will be performing at Supersonic Festival on Sunday 21st October.