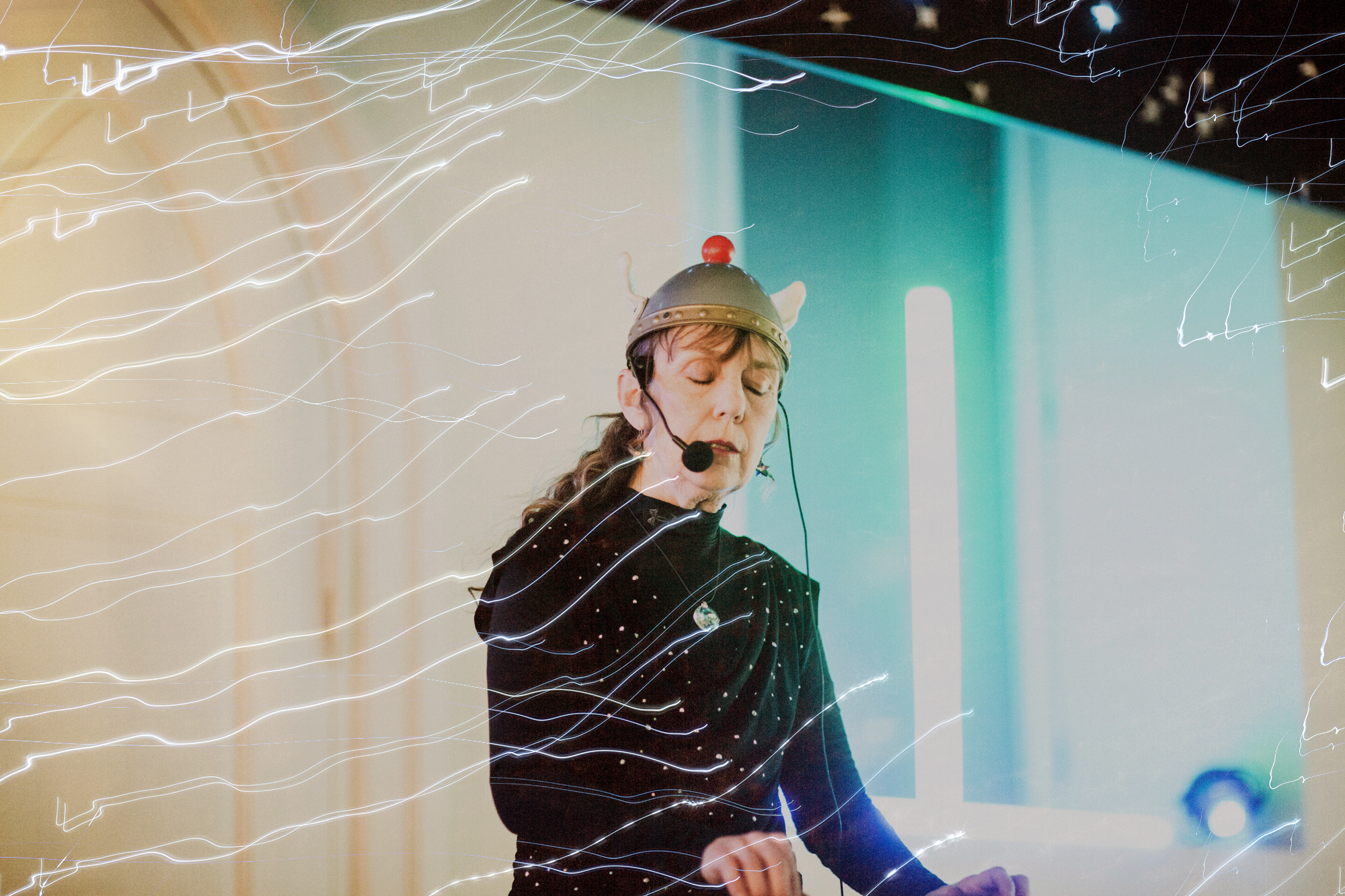 “This music has transcended genre, style and fashion, opening up hearts and minds along the way” – The Quietus

The “outsider musician” label was created with her: Susan Dietrich, better known as The Space Lady, possibly the best known synonymous and feminine to Moondog; Susan began her career in the late 70s, just when she began walking on the sidewalks of Boston dressed exuberantly, sending messages of love and pacifism, accompanied by an accordion and making versions of some contemporary pop hits or classics of that time.

10 years later she moved to one of the cradles of America’s idealistic without prejudice: San Francisco. There she purchased a Casio piano, some effects and a microphone with which she managed to raise to a new level the street musical proposal of the area, and give to her speech a unique personality.

Her legend began taking some awareness in the past decade, when in 2000 Irwin Chusid included her in the compilation “Songs In The Key Of Z” dedicated to such extravagant and unknown figures like the Space Lady.

Earning a steadily growing cult following ever since, The Space Lady could show her music to the world. Since 2013, when Night School reissued the first official album of this particular artist “The Best Of The Space Lady”, Susan has shared stages with artists such as Dean Blunt, Mika Vainio or Julianna Barwick. and playing several festivals like Flow Festival, Incubate or Le Guess Who.

“Heart-warming, eccentric, and unselfconscious that attends to the fact that you don’t need ego and fancy gear to make great pop music.” – Dazed Digital

The Space Lady released last year a split EP with Burnt Ones, the Greatest Hits LP out in Night School will now be repressed and there will be a new record out later this year.

For an insight in to Susan’s mind and her fascinating life story, this interview with The Quietus is a must read [here]

“After a circuitous route of hitchhiking, commune-living, and psychedelic experimentation, I ended up in Haight-Ashbury just as the Summer of Love burst into full bloom. Eventually I hooked up with a hippie named Joel who was dodging the draft, and we went underground together – quite literally, in fact, while living in a cave on Mt. Shasta, up near the Oregon border. It was there we saw a UFO at close range, just above the treetops… and from then on we were convinced we were being watched, if not guided and protected, by aliens.” (The Space Lady’s Greatest Hits, liner notes, 2013)

The Space Lady has most certainly landed. And now, in 2017 at the youthful age of 69 she begins another lifetime and embarks upon a new adventure with a European Tour including Supersonic Festival this June (of course).

Help her reach the furthest corners of the Universe by visiting her GoFundMe page. And watch brand new material and cyber busking videos via her Patreon page and support her voyage for as little as $1 a month!

Make sure you don’t miss this intergalactic event!

GET YOUR TICKETS NOW