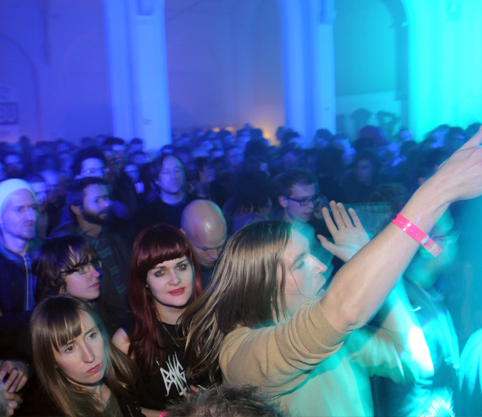 Capsule the brains behind Supersonic Festival are curators, promoters and fans of the finest music, revealing the otherwise indescribable connections between contemporary music and art, crafting extraordinary events for adventurous audiences. Now in it’s 9th year, the event will once again take place at the Custard Factory in the heart of in the heart of Eastside of Birmingham, utilising converted factory warehouses and art galleries and offering up-close, intimate settings to showcase some of the most exciting music out there. Capsule’s passion for genre bending sound and performances is at the heart of all their events – there are not many places where you can listen to funeral doom, prog, folk, avant jazz and grindcore in one weekend.

The festival is now in it’s 9th year, starting out as a 1 day event in 2003 which featured Coil, LCD Sound System, The Bug, DJ Food and many more. Over the years the festival has garnered a worldwide reputation for being one of the most exciting events for experimental music, gathering audiences from all corners of the UK and further a field.

“Supersonic, in our opinion the best festival in the world right now”
Rock-A-Rolla Magazine

“Every attraction is in some way a visceral sensory experience – ear candy for lovers of the sonically extreme…So many other music festivals offer you what you expect to hear, merely affirming your good taste in music, Supersonic is a place to be educated and surprised: new, experimental and intellectually nourishing.” – WIRE

“Supersonic’s trump card; is it not only a festival that is wildly diverse in it’s content but it also manages to flow musically from stage to stage, like looking through your best friend’s record collection.” Rough Trade Shops 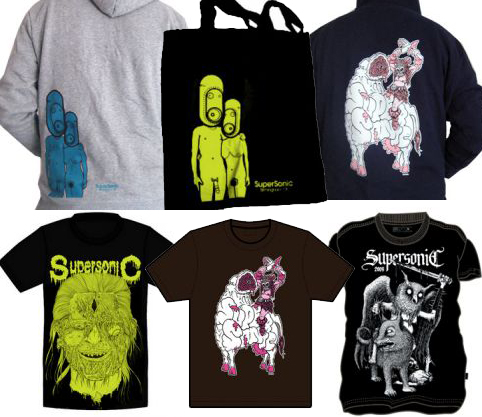 Our Supersonic Shop is coming soon – in the meantime you can purchase all our goodies from the Capsule shop
Includes a selection of limited edition artist T’s, Hoodys and limited edition vinyl releases of live sets by Oxbow Duo Feat. Justin Broadrick + Stephen O’Malley, Harvey Milk live at Supersonic 2008 and Einstellung ‘Wings Of Desire’.