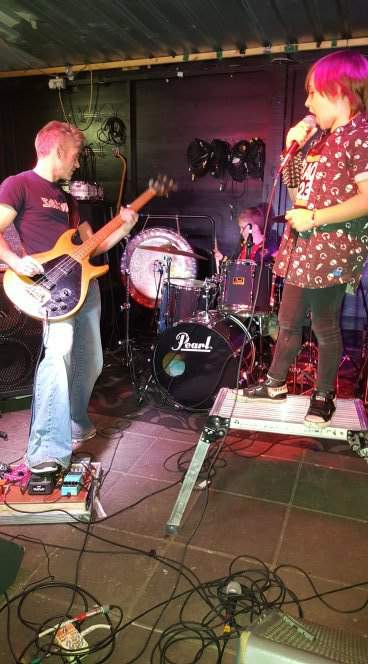 We were at the Wagon and Horses in Digbeth last week for Hey Colossus, AJA, Bruxa Maria, Rainbow Grave, Squalor Fan and HAQ 123.

And I forgot my ear plugs.

The night was put together by local Brums and Supersonic pals Lobeblender and Black Hole Promotions.

And my my, what a night.

HAQ 123 are Zac (9) on drums, Millie (8) on vocals and Dave (old enough to know better) on bass. The opened up our Supersonic Sunday back in June and it was an absolute joy to catch them again. Raised on the industrial sounds emitted from Brum, this heavy trio have beats, wails and tempo shifts the older touring band would spend years crafting; front woman Millie’s effortless cool and powerful banshee voice, Zac’s wild drum fills and playfulness and Dave’s ability to sit back and compliment the two young stars talents is a warm reminder to us all of what playing in a band should be about.

Next we venture upstairs and inside for Squalor Fan – a new project made up of Rob Arthur (bass) and Craig Earp (Electronics). Combining lo-fi industrial beats with more neatly produced electronics, live bass and some pretty gnarly high end creates an indiscernible mesmeric sound, like Beastie Boys meets This Heat – which is a very good thing. I just needed it to be cranked a little more. With talk of a drummer joining the duo soon for live shows i’m excited to see how Squalor Fan will develop.

I’ve seen Rainbow Grave a few times now. The more I see them, I die a little more inside. They are the constant reminder of your own mortality and the drudgery of life. They are the incessant hammer of noise pounding at your temple in the hangover. For some reason tonight though, perhaps it’s the outdoor air, they have a lifted energy on stage – like maybe, possibly, for at least some of it, they might be – dare I say it – enjoying themselves? I smile and cheer, go mad with applause for my particular favourite track Year Zero (akin to Dead and Gone’s, ‘Leave the dead to bury the dead’) and the adorning crowd are flipped the finger from Johnny Doom. F you Rainbow Grave, F you.

Then to a band i’ve never had the pleasure of witnessing before – Bruxa Maria – who absolute smashed it – no literally, smashed a glass off the table with their cacophony – a pummelling of post-hardcore. I love the dimension the synth and effects bring as the frequencies slice through the mass of distortion with precision. A triple stacked cymbal on the drums adds crunch to the perpetual crashing and the vocals somehow manage to penetrate through it all with fierce vigour. I’m in folks, please come back to Brum soon.

Upstairs in a darkened strobing room AJA enters through the audience to her table spread with delectable drum machines, effects pedals & synths – as if she’s about to feast upon what’s before her. Beginning with an enticing layered vocal loop into a throbbing mechanical beat the audience is put through their paces as AJA bears her soul. It’s a set of floor writhing, banshee screaming, speaker climbing, coma inducing strobe insanity – an assault on the senses. All tinged with a beautiful vulnerability in the way the dulcet tones of AJA’s voice sing through at intimate moments – only to be screamed at defiantly the next. It’s a whirlwind of emotion, take from it what you will. 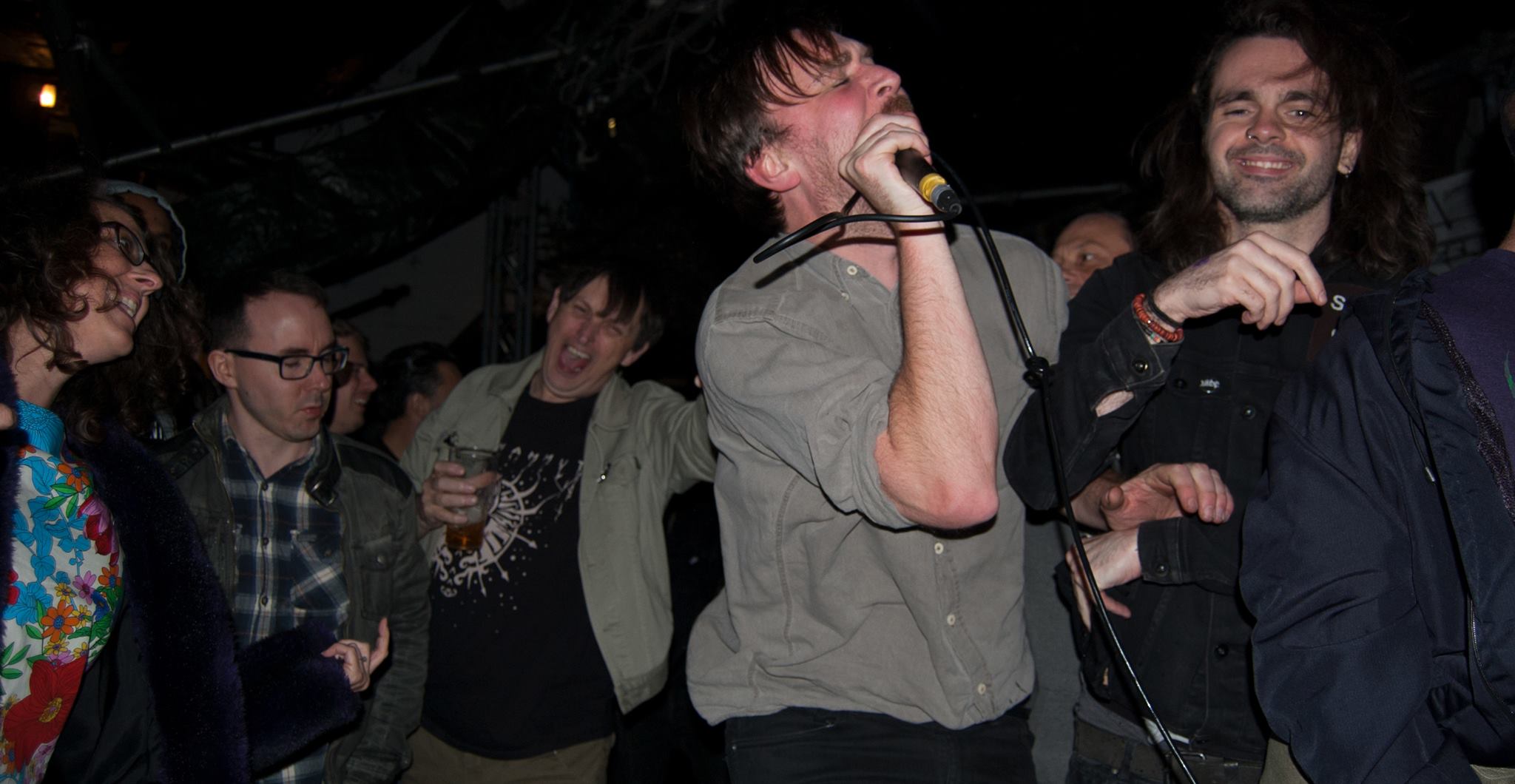 And then we arrived at the final onslaught from Hey Colossus and I have to admit by this point I can’t remember song titles. But I can recall the visceral energy being thrashed about from stage to punter, stage to punter like playing tennis with a meteorite. I clambered up the stairs to watch it from above and witnessed a writhing dark mass below being swaddled in an unrelenting minimalist pounding of distortion with pulsating high hats (Back in the room?! I’m guessing…) interjected with terror inducing vocals.

I’m trying to avoid genre here as much as I can as Hey Colossus are a guitar band which essentially just play all the good bits of all the good guitar genres, averted to sitting still. To put it in movement terms, they induce from the audience anything from bottom-of-the-pint-staring-head-hanging to look-at-all-these-bright-lights-i-can’t-make-out-what-sounds-coming-from-where dancing. With that I look above in to the Digbeth sky at some ominous dark clouds eyeing us up for a pounding – but it’s alright I figure, what with the colossal onslaught being shot up into the air, no chance mate.

Great work Lobeblender and Black Hole Promotions – thanks for bringing such a top night to Brum. Here’s to more!